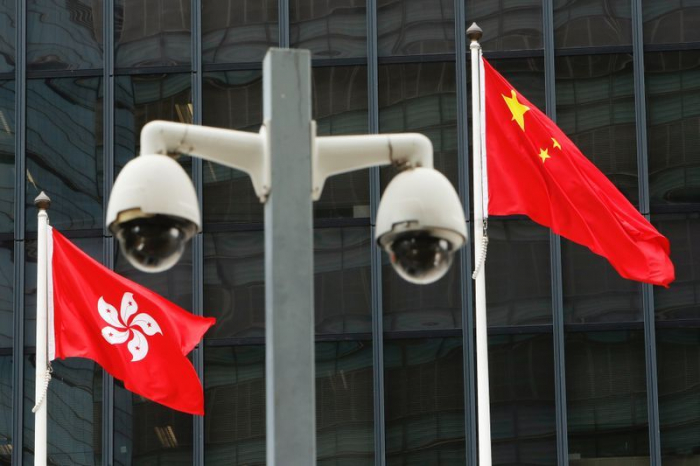 The 12 Hong Kong people arrested at sea by mainland authorities last month were separatists, a spokeswoman for China's foreign ministry said on Sunday, in response to her U.S. counterpart's characterisation of the arrest as a deterioration of human rights.

The comment came a day after relatives of the detainees held a news conference in Hong Kong demanding the urgent return of the 12 who were intercepted by the Guangdong coast guard on Aug. 23 on a boat bound for Taiwan.

Donning masks and hats to shield their identities, they made their first public appeal for help and information on their relatives' plight, pleading for them to be allowed to consult lawyers appointed by their families and not the Chinese government and to be allowed to call relatives in Hong Kong.

U.S. State Department spokeswoman Morgan Ortagus tweeted on Saturday that their arrest was "another example of the deterioration of human rights in Hong Kong", and called on mainland authorities to "ensure due process".

The arrests came about two months after the mainland government imposed a security law on the special administrative region following months of pro-democracy demonstrations.

"Seriously?! Fact check: The 12 people were arrested for illegally crossing the border in waters. They are not democratic activists, but elements attempting to separate #HongKong from China," she wrote.

The Shenzhen city police, in its first notice since the arrest, on Sunday said the 12 Hong Kong citizens were under criminal detention on suspicion of illegally crossing the border. The investigation is ongoing, it said.

"Police will protect the legitimate rights and interests of criminal suspects in accordance with law," the police said.

The relatives on Saturday said they had been given no information on the allegations, and that assistance from the Hong Kong government had been insufficient.

A spokesperson for the city's Immigration Department said staff were assisting in the case and were in regular contact with the families.

Hong Kong has its own independent legal system and rule-of-law traditions that are vastly different from mainland China, where the justice system is ultimately controlled by the Communist Party.