Beirut must be saved - OPINION 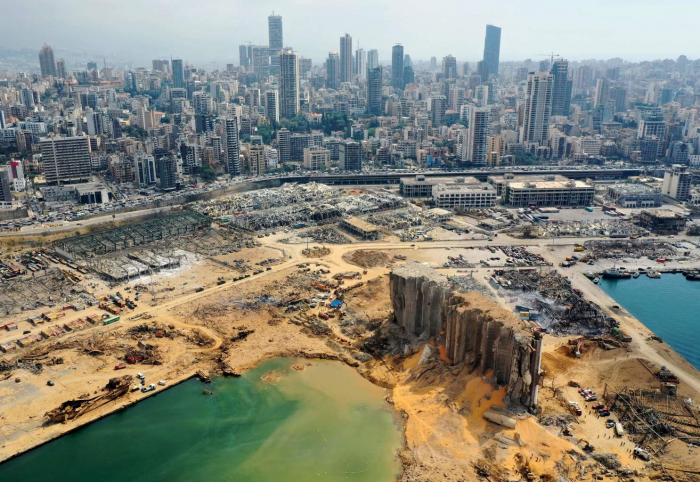 Barely a month after the massive port explosion on August 4, Beirut residents have had to relive that tragedy following the onset of raging fires in the same area. But much more is at stake for the city: its identity as a haven for intercultural exchange, artistic creativity, and scientific research.

For millennia, Lebanon has been a meeting point for different cultures and peoples, and also a victim of regional power struggles that have stood in the way of lasting peace. Yet even through the country’s long civil war (1975-90), Lebanon’s capital, Beirut, managed to preserve its open culture. As a bastion of free media, creative literary forums, and renowned academic institutions, it is the pearl of the Middle East.

But historical wounds do not heal easily. Despite adopting a new constitution and achieving a national renewal after the war, the Lebanese political system has remained riddled with corruption, leaving the state weakened and the economy dysfunctional. As the country has stumbled from one crisis to the next, its leaders have made no effort to change course, fueling widespread discontent.

On October 17, 2019, Lebanese citizens took to the streets nationwide, denouncing the political class and demanding the kind of radical institutional and economic reforms that the country desperately needs. But this was no “Lebanese Spring.” The demands were ignored, and Lebanon, like the rest of the world, soon found itself confronting the COVID-19 pandemic. For much of this year, the need for social distancing has effectively stifled popular mobilizations.

Then, on August 4, a massive warehouse explosion in Beirut’s port ripped through the heart of the city, killing some 200 people, injuring more than 6,000, and causing as much as $4.6 billion in physical damage. And now, barely a month later, more fires are raging in the same part of the city.

The August explosion was a social, economic, political, and moral travesty. Beyond the immediate destruction of homes and businesses, it has also disrupted trade, and thus deprived the country of desperately needed revenues. The damage done to historic neighborhoods, livelihoods, and young people’s prospects is simply incalculable.

The blast was the culmination of decades of corruption, exploitation, incompetence, and irresponsibility. Since the end of the civil war in 1990, politicians and political parties whose ultimate loyalty lays with foreign powers have chronically neglected stewardship of the Lebanese state. In a sense, Lebanon has once again become collateral damage in others’ wars.

As the governor of Beirut, I am appealing to the international community to help us preserve our spirit of liberty, diversity, and intercultural exchange. Lebanon is now in the midst of a deepening economic and social crisis that demands immediate attention. Most urgently, the Lebanese health system needs direct support. As if the pandemic were not bad enough, the port explosion damaged or forced the closure of many health institutions, including the Saint George Hospital and the Rosary Sisters Hospital.

Moreover, Lebanon needs international assistance to revive its productive economic sectors. A meaningful contribution from global institutions could make a significant difference in putting the economy on the path to recovery. But there is also an urgent need for global advisory assistance to help Lebanon’s threadbare state agencies modernize their operations and implement growth-enhancing reforms.

Similarly, Lebanon needs international financial assistance to support its education system. Without stronger public and private schools and universities, the country cannot continue playing its pioneering cultural role in the Levant. Already, Beirut’s mounting crises are bringing about a change in its identity, as young people pursue their ambitions elsewhere. To prevent a catastrophic brain drain, we must create more opportunities for study and personal development to keep our young people here.

Among the 300,000 inhabitants whose homes were damaged by the blast, many are now homeless and dependent on help from churches and local organizations. To get them back on their feet, we will need a more comprehensive and transparent system for sponsoring individual families, either through direct donor-to-household relationships or through trusted institutional intermediaries.

According to the World Bank, Beirut’s public-sector “reconstruction and recovery needs for this year and the next are estimated in the range of US$1.8 and US$2.2 billion.” The work has already begun, and with the help of civil-society groups (including the Beirut Relief Coalition of NGOs, Caritas, Farah Al Ataa, Save the Children, the International Orthodox Christian Charities, the Saint Porphyrios Association, and many other non-governmental organizations), we are becoming ever more efficient. The task is to provide not just financial but also legal and moral support for those clearing the rubble, providing food and shelter to the displaced, and so forth. The blast must be used as an opportunity to initiate long-needed cooperation between the municipality of Beirut, the army, front-line NGOs, and international donors.

Such moral support has come from French President Emmanuel Macron and other foreign leaders who have visited Beirut in the weeks since the explosion. The recent agreement to install Mustapha Adeeb as the country’s new prime minister can be seen as a direct result of French engagement.

But it is Lebanon’s civil society that must determine the country’s future. The political reforms that Lebanon needs must promote a non-sectarian national identity, which will require clear thinking, transparent dialogue, and good-faith leadership on behalf of all the country’s citizens.

The true value of the land of cedars – a tiny country covering just 4,036 square miles (10,452 km2) – is its identity as a haven for intercultural exchange, artistic creativity, and scientific research. Maintaining this identity will be possible only if the international community helps us to preserve a future for our young people. It is they who will embody any Lebanese Spring that awaits us.

Marwan Abboud is Governor of Beirut.