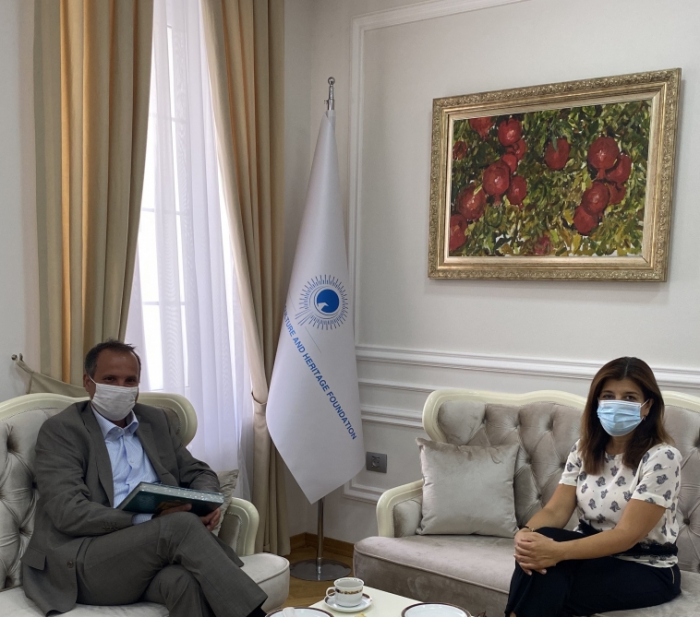 During the meeting, Gunay Afandiyeva highlighted the activities of the International Turkic Culture and Heritage Foundation, the events held in the context of the pandemic, and also informed about new projects in the framework of promoting the Turkic heritage in the international arena.

Noting that Hungary is an observer country of the International Turkic Culture and Heritage Foundation, Gunay Afandiyeva stressed the importance of mutual cooperation and joint work to promote the culture of the Turkic world.

Viktor Szederkenyi hailed the activities of the International Turkic Culture and Heritage Foundation in protecting the historical and cultural heritage of the Turkic-speaking peoples, as well as strengthening their solidarity. Stressing that Hungary and the Turkic-speaking peoples have common historical roots, he noted the importance of work aimed at promoting and studying this great and rich cultural treasure.

The sides also discussed the implementation of events and projects on the occasion of the 150th anniversary of the Turcology Department of the University of Budapest, which is celebrated this year.

Prospects of cooperation between the International Turkic Culture and Heritage Foundation and the Hungarian Embassy were discussed at the meeting.