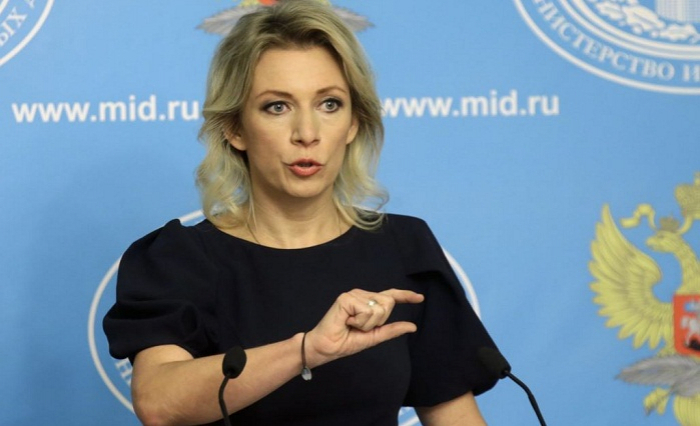 It is necessary to concentrate on the restoration of the negotiation process on the settlement of Nagorno-Karabakh conflict, Maria Zakharova, spokesperson for the Russian Foreign Ministry, said at a briefing on Thursday.

“We proceed from the fact that now we should concentrate on restoring the negotiation process aimed at resolving the Nagorno-Karabakh conflict, including the problem of refugees and internally displaced people in the region,” Zakharova said.

"The OSCE Minsk Group Co-Chairs held the consultations over phone with the Azerbaijani and Armenian foreign ministers on September 14 and conveyed to them the mediators' proposals on further steps in the context of the Nagorno-Karabakh settlement, including holding separate meetings of the co-chairs with each of the ministers,” the spokesperson said. “We expect a positive reaction from the parties."

As for the resettlement of the Armenians from Lebanon to the occupied Azerbaijani territories, Zakharova stressed that Russia does not have verified data on the actual number of Lebanese refugees resettled in Nagorno-Karabakh region and in the territory around it.