Italy allows up to 1,000 fans in stadiums, sports minister says 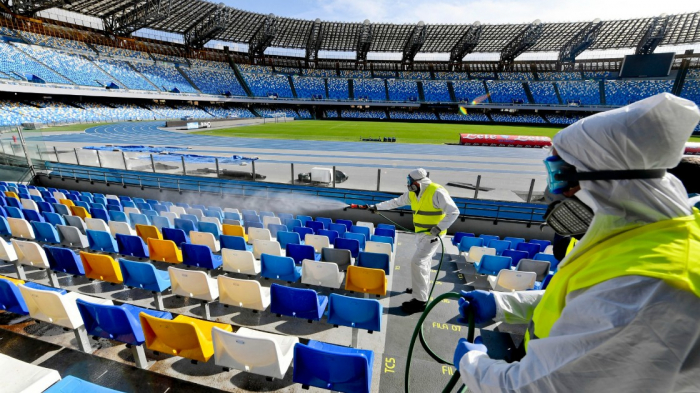 Up to 1,000 fans will be allowed at open-air sports events in Italy, sports minister Vincenzo Spadafora said on Friday, on the eve of the return of Serie A football, AzVision.az reports citing AFP.

The change will come on Sunday, meaning Saturday's opening Serie A games (Fiorentina v Torino Verona v Roma) will be behind closed doors but nine-time reigning Serie A champions Juventus could kick off their season against Sampdoria on Sunday in Turin with fans.

Spadafora only mentioned tennis, with the WTA and ATP Italian Open running in Rome until Monday.

"From the semi-finals and finals, 1,000 spectators can be present at all sports competitions which take place outdoors and which scrupulously respect sanitary rules," the minister said.

Organisers who want to partially reopen stadiums will have to respect "rules laid down for spacing, masks, seat reservations," the minister said.

He said the decision would be officially confirmed "in the next few hours" and called it "a first step, but a significant step towards a return to normality in sport, which we hope for soon."

The organisers of the Masters 1000 in Rome, where Spanish tennis star Rafael Nadal is returning to competition after more than six months, had denounced a "huge injustice" to have to play behind closed doors, while the French Open, which begins in less than ten days, will be able to welcome spectators.

Football clubs had also been demanding an end to the financially crippling lockdown and a gradual reopening of stadiums after more than six months.