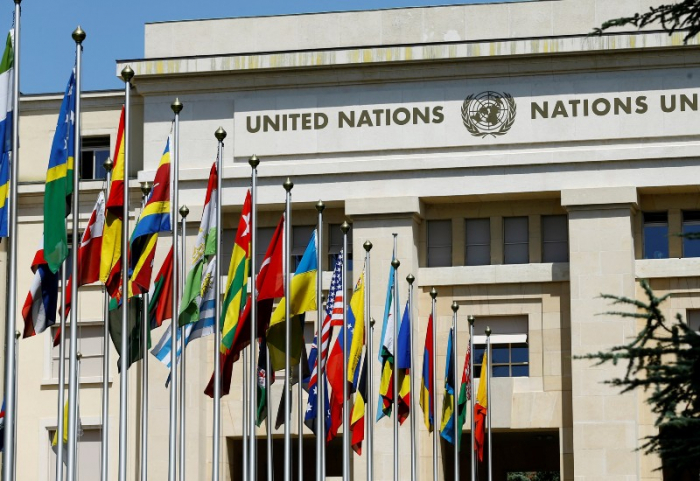 Some regard the United Nations as one of the greatest achievements of the so-called liberal international order that was conceived at the end of World War II, while others argue that the organization has never been very liberal, international, or ordered. Both positions have become clichés, but the second is closer to the truth.

The Sperry Corporation was an American manufacturer of electronic components, information-technology equipment, and defence systems that obtained lucrative government armaments contracts after the United States entered World War II. When the firm reduced its output after the war, a large part of its production site in Lake Success, New York, fell into disuse and became available to potential lessees.

This is how, before moving to its current site on the banks of the East River, the recently established United Nations came to use a converted arms factory from 1946 until 1952 as its second temporary seat. The location might have seemed unsuitable at first for an organization founded to promote peace and international cooperation, but what better symbol could there be for the post-war era? A place that once made weapons of war was now nicknamed the “peace factory.”

Today, the UN is celebrating its 75th anniversary with an event that, unavoidably, will take place mainly in a virtual format because of COVID-19. This commemoration precedes the opening of the annual UN General Assembly, which for the first time will not bring together world leaders in New York City.

Lackluster as this anniversary maybe, it would be unjust not to seize the opportunity to underline the UN’s historic significance. We should also praise the organization’s ability to galvanize member states into tackling global challenges – such as poverty and climate change – through remarkable initiatives, including the Millennium Development Goals and their successors, the Sustainable Development Goals. Despite the UN’s many imperfections and limitations, there is no doubt that the world would be much worse off without it.

But we would be doing the UN no favours by disregarding the shortcomings that have prevented it from fulfilling its potential and functioning as a true “peace factory.” The organization has suffered since its inception from the pre-eminence of geopolitical interests (the Cold War emerged soon after 1945) and from the profound imbalances inscribed in its institutional design. These are most pronounced in the Security Council, which often has been condemned to inaction by its five permanent members’ veto rights.

Some regard the UN as one of the greatest emblems of the so-called liberal international order that was conceived at the end of World War II. Others counter that the 75 years since the UN’s foundation have not been all that liberal, international, or ordered. Both positions have become clichés, but the second is closer to the truth.

After the brief period of US unipolarity that began with the fall of the Berlin Wall in 1989, great-power competition has returned, this time with China and America as the main protagonists. In some respects, this competition evokes similar episodes in the past, but in many others, it has evolved in a peculiar way. Under President Donald Trump, the US has become obsessed with checking China’s rise while turning its back on many of its traditional allies and the very multilateral organizations whose creation it decisively led.

Ironically, Trump was born in New York City just two months before the UN installed itself at Lake Success. His administration and its “America First” policies have shaken the UN’s foundations and plunged it into one of its deepest crises to date. Trump has even shown a capricious contempt for international law, reflected in his decision to withdraw the US from the 2015 nuclear agreement with Iran – formally known as the Joint Comprehensive Plan of Action (JCPOA) – which was endorsed that year by a unanimous Security Council resolution. The magnitude of this senselessness has been such that the US has imposed sanctions against all countries that are fulfilling their duty to respect the resolution.

As the influential American legal scholar, Louis Henkin noted back in 1968, “almost all nations observe almost all principles of international law and almost all of their obligations almost all of the time.” Although there are good historical reasons to see this glass as being half full, we should not underestimate the risks that an accelerating stream of arbitrary actions can entail.

The latest alarming sign is the British government’s attempt to evade some of the terms of its withdrawal agreement with the European Union – and thus “break international law in a very specific and limited way,” as Northern Ireland Secretary Brandon Lewis admitted. When permanent members of the Security Council engage in such reckless behaviour, the potential repercussions are particularly serious.

A more anarchic geopolitical landscape, in which national governments relegate international organizations to a residual role and scorn even the most basic principles of coexistence among nation-states, will benefit only those who specialize in exploiting the chaos. We would then live in a world of territorial expansionism, unwarranted interference in other states’ internal affairs, massive cyberattacks on strategic infrastructure, unrestrained spying, and the unpunished use of chemical substances and other illegal means to intimidate or even eliminate political opponents. This is precisely the kind of conduct that the UN was established to prevent.

Some will point out that the world has failed to deter such behaviour before, and indeed the UN’s history itself is full of unmet aspirations. But no one can fail to see that the pre-existing cracks in the international order have widened lately.

Changing these unfavourable dynamics is still possible, but will require bold, responsible, and honest international leadership. The best homage to the UN’s 75 years, and to the constructive spirit of the peace factory’s first diplomats, would be to turn the organization into a reliable parapet from which to face the convulsions we can keep expecting in the twenty-first century. For now, regrettably, this remains a distant prospect.