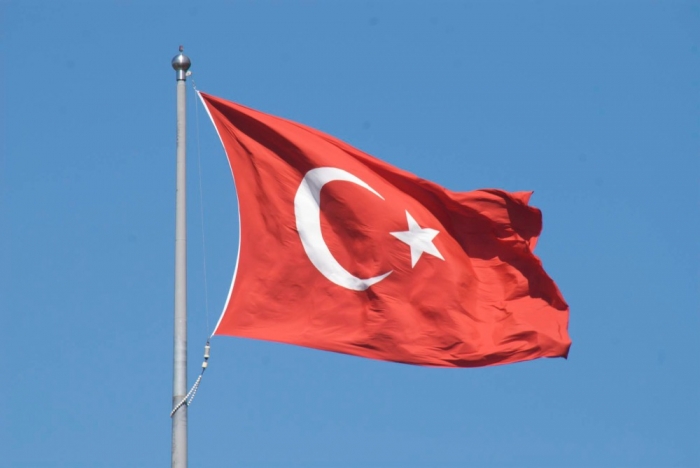 Armenian President Armen Sarkissian's statement that citizens of other countries of Armenian origin are fighting and can fight in Nagorno-Karabakh clashes is an open violation of international law, the Turkish government told.

"Regardless of nationality, no citizen of one country can fight on the territory of another country, especially if these are the occupied territories, " the Turkish government said.

The Turkish government noted that Sarkissian tries to explain this by the fact that Armenians allegedly take part in hostilities in order to prevent a repetition of the events of 1915.

"We repeat once again that Sarkissian's statement implies a gross violation of international law, and the participation of citizens of other countries in the military conflict in Nagorno-Karabakh is of a criminal nature".

Armenian President Armen Sarkissian admitted to the fact that Armenians from different countries are taking part in battles in Nagorno-Karabakh on Oct.1.

Sarkissian made the statement while on the air of Al Jazeera TV .

"They are ethnic Armenians and there is nothing wrong with the fact that they are fighting in Nagorno-Karabakh, despite them being citizens of different countries. We admit the participation of Armenians from different countries in the hostilities at the frontline," he said.

Moreover, the positions of the Armenian Armed Forces were destroyed in the direction of Azerbaijan's Agdere district and Murovdag, important heights were taken under control.

According to a statement from Azerbaijan's Defense Ministry, the Armenian armed forces have suffered heavy losses along the entire front line from Sept. 27 through Sept. 30, including tanks, armored vehicles, artillery installations, rocket launch systems, as well as command and observation posts, air defense systems, etc.