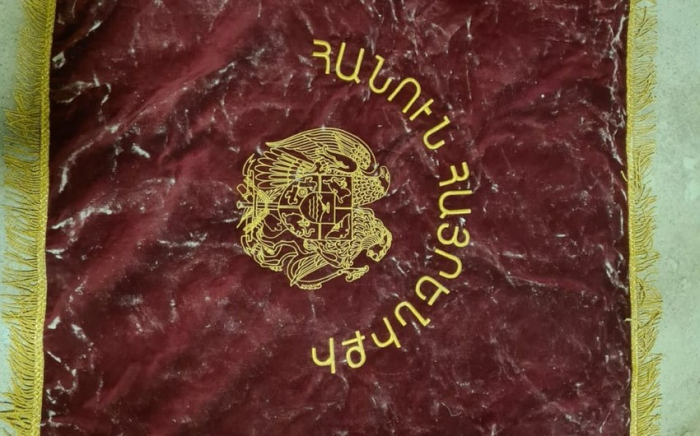 On September 30, during the fighting in the Aghdara (Madagiz) direction, the battle flag and documents of the 193rd separate assault battalion, which arrived to support the 6th defeated mountain rifle regiment of the Armenian army, were seized.

Armenians fled from the battlefield, throwing the battle flag, which is a symbol of soldier's honor and glory, once again demonstrated his helplessness.

AzVision.az present the photos of the flag: 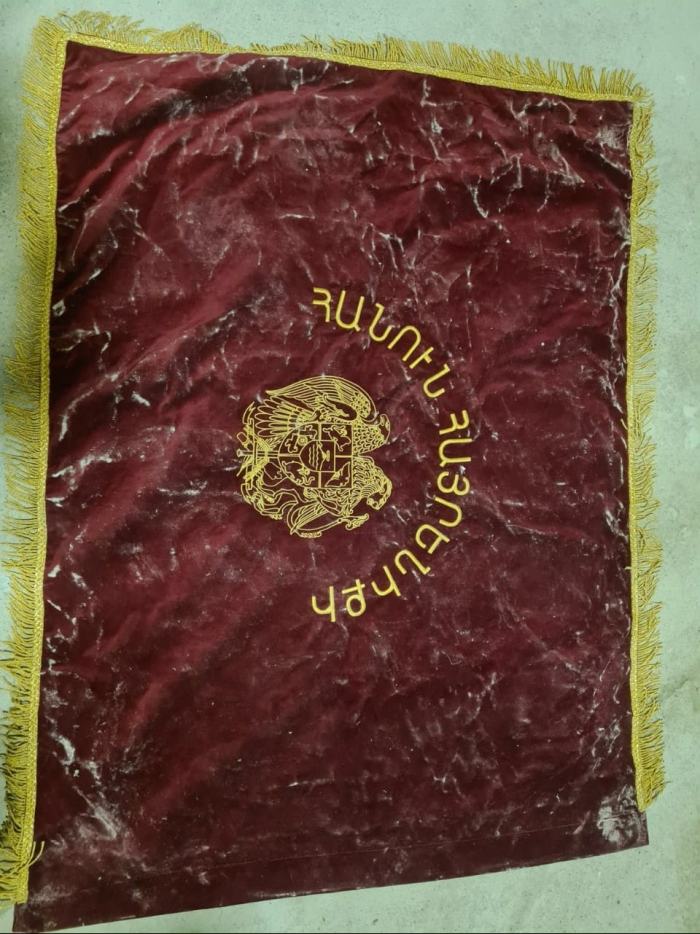 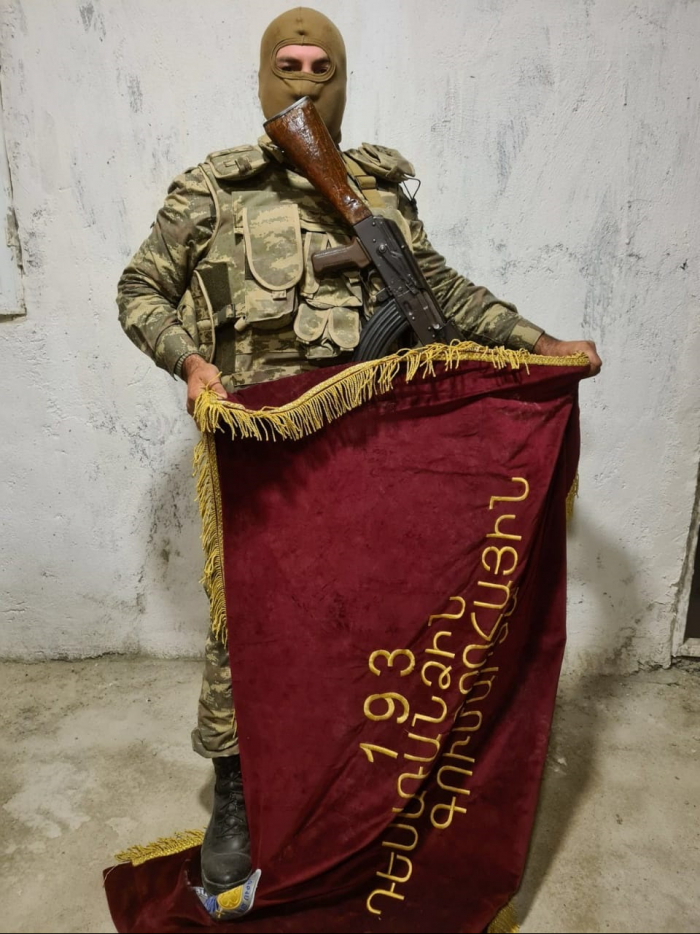 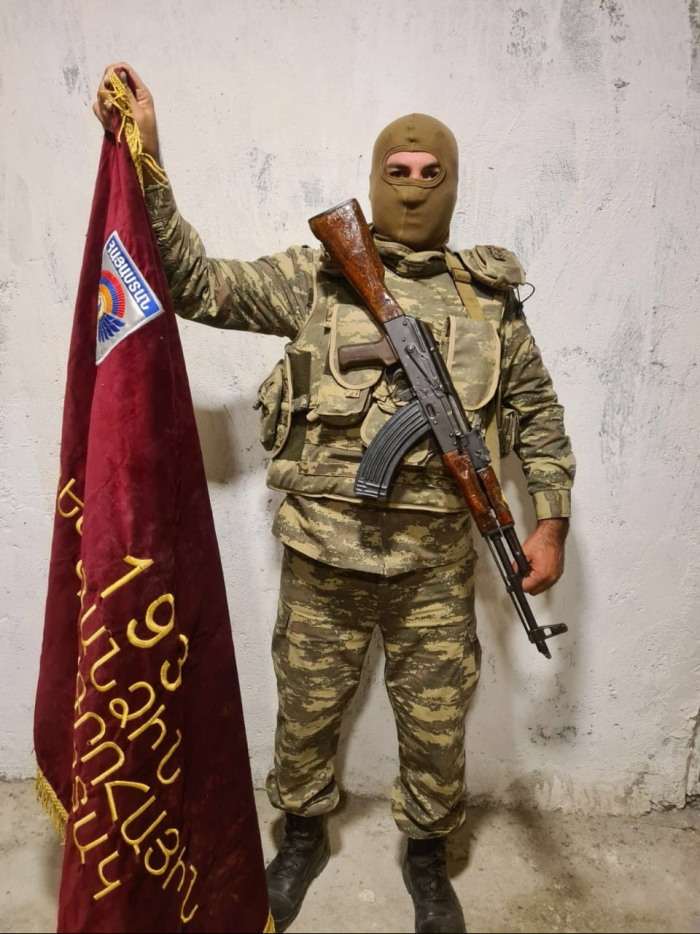 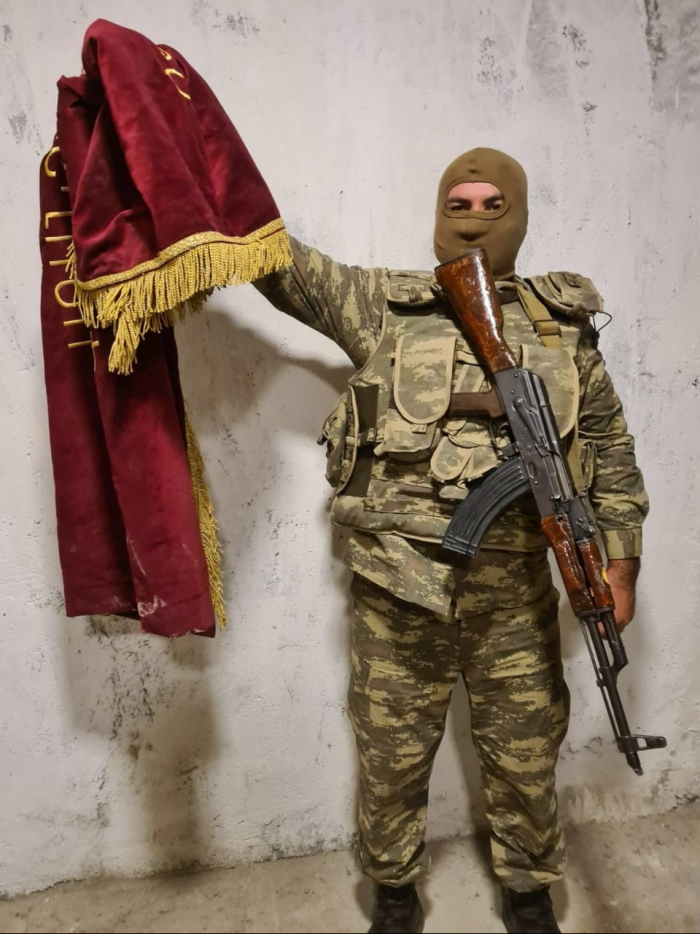