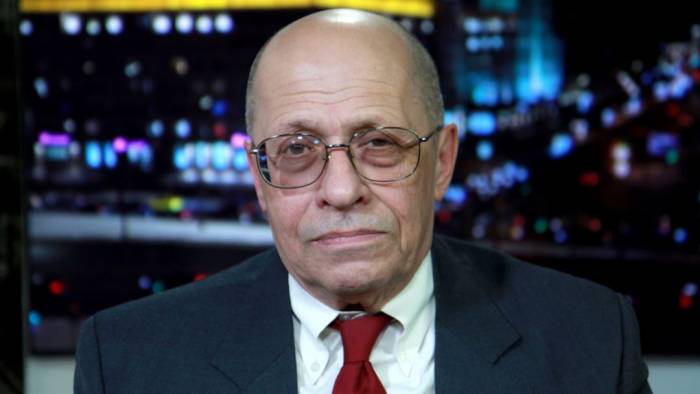 AzVision.az presents an exclusive interview with Georgy Kunadze, former Deputy Foreign Minister of Russia and leading researcher at the Institute of World Economy and International Relations of the Russian Academy of Sciences.

- What do you think of the ongoing hostilities in Nagorno-Karabakh?

- In international territorial disputes, the initiative usually belongs to the party seeking to retake its territories. To be honest, I don’t remember any cases when a party that controls this territory would have taken the initiative.

With all due respect to the people, the party may want the return of the territory that it considers its own. But in such a situation, only the state, represented by its political leadership, can put forward such an initiative. As I understand, the political leadership of Azerbaijan did exactly that.

It is clear that, both Nagorno-Karabakh and the so-called "Lachin corridor" connecting it with Armenia are the internationally recognized sovereign territory of Azerbaijan. Each state has the right and even a direct obligation to seek the liberation of its occupied territories. However, not every state resorts to war for this. Why the political leadership of Azerbaijan has decided to start it right now, I do not know. There are many assumptions on this score that none of the outside observers can either confirm or deny.

- How will events develop further? Can the Armenia-Azerbaijan conflict develop into a regional one?

- In theory, such a danger exists, but in practice, in my opinion, it is excluded. Unless we do not consider the participation in hostilities of the so-called "private military companies", that is, foreign mercenaries.

- Russia is closely following the war, but does not intervene. In your opinion, will Moscow take any initiative in this conflict? What role could Moscow play?

- It seems to me that this war took Russia by surprise. Because of this, it is still limited to ritual statements, such as "guys, let's live together." In this situation, all interested third parties usually try to achieve a ceasefire with or without the withdrawal of the forces of the conflicting parties to their initial positions. Perhaps Russia is already making such attempts, but we still do not know about this. To be honest, Russia is now not in the best political circumstances to play a key role in resolving the conflict.

- How will Pashinyan's fate be if Azerbaijan manages to restore its territorial integrity?

- What is considered a victory in this situation? Probably everyone should think about this. After all, military success does not always translate into political success. And the issue of Pashinyan's fate is far from unambiguous. If I am not mistaken, he is the first Armenian leader to be nominated to his post not by the establishment, but by the street. The Russian government treats such non-systemic leaders as with great distrust. And he will hardly regret his departure. Moreover, in the current conditions, he will most likely be replaced by another backer of the "Karabakh war" party.

- Armenian social media criticizes Russia for not helping its ally. What do you think about this?

- As long as the hostilities are being conducted only on the territory of Azerbaijan, Russia does not even have a legal basis to provide military and any other assistance to Armenia. Moreover, Russia values ​​its relations with both countries.