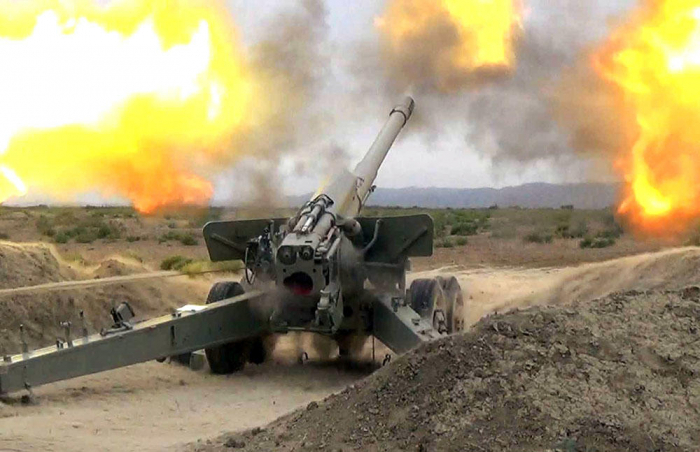 Despite the agreement on a ceasefire at 12:00 today, Armenia attempted to violate ceasefire in the direction of Aghdara-Terter and Fuzuli-Jabrayil, AzVision.az reports citing Azerbaijan's Defense Ministry.

A number of our settlements are under artillery fire by the Armenian armed forces.

All attempts of the enemy  were successfully suppressed by our units. Adequate response measures are being taken against the Armenian army.

Following almost two weeks of intensive military confrontations, on Oct. 10 Armenia and Azerbaijan, with Russia's mediation, have agreed on a temporary ceasefire for humanitarian purposes, for exchange of prisoners of war as well as bodies of the dead.

Despite the agreement, Armenia continues to violate the ceasefire regime in the direction of occupied Azerbaijani lands.