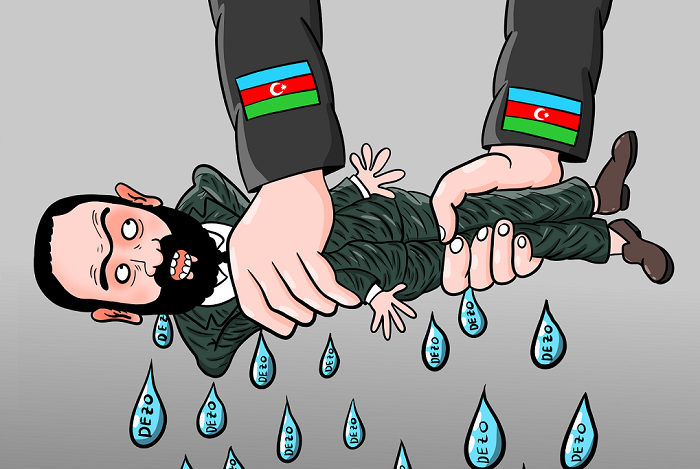 Currently, Armenian propaganda is working hard on deceiving the world community. For this purpose, special fake theses are invented and developed in the mass media, as well as on social media.

In order to fight against Armenian propaganda, it is necessary to know these theses and be able to oppose logically. Of course, Azerbaijanis already know all these, but naturally, for foreigners, not everything is as clear as it is for us. Therefore, the translation of this material will be published in other foreign languages offered by our website - AzVision. We call you to share these articles and continually fight against enemy propaganda amid this information war. This is a civic duty of all of us.

Thus, the main theses of the Armenian lie machine are as follows:

1. "Mercenaries brought from Turkey, Pakistan, as well as Syria are fighting on the Azerbaijani side."

From the very first day of the war, Azerbaijan declared that no "Blitzkrieg" was considered, our goal was to protect human lives as much as possible and liberate our lands with minimal losses. The style of conducting combat operations also proved it: gradually moving forward after destroying the enemy's equipment with the help drones and artillery. Yes, the Azerbaijani Army managed to liberate quite a lot of territory in a short span of time, but this is due to the cowardice of the Armenians and their abandonment of battle positions.

(We also stated in the opinion article we published in the early days of the war that Azerbaijan's intention was not the Blitzkrieg.)

3. "Erdogan is waging a proxy war with Russia in Karabakh"

Armenian propaganda is working hard to create the perception that what is happening in the region is an attempt by Turkey to interfere in Russia's zone of interest. The goal here is to change the nature of the Azerbaijani-Armenian conflict and turn it into a Russia-Turkey confrontation, and then, if possible, to a CSTO-NATO confrontation. Armenia's shelling of Azerbaijani cities from its territory is also calculated for this.

What is happening, in reality, is that Azerbaijan conducts operation within its legal borders and brotherly Turkey provides only political and moral support. Yes, the arsenal of the Azerbaijani Army includes Turkish weapons along with the weapons of Israel, Belarus, Ukraine, Pakistan, Russia and the Czech Republic. So, does it really mean that all these countries are also fighting against Armenia in Karabakh?! If a country has enough money, it is the right of any state to legally buy weapons for its army. The interesting thing is where and how did poor Armenia get its weapons?!

4. "Azerbaijan tries to kill Armenians and carry out ethnic cleansing"

5. "In order to save the Armenians of Karabakh, the world must recognize their independence"

The peaceful population of Karabakh will not face any danger in any case. The optimal scenario would be for Armenia to admit its defeat, recognize the territorial integrity of Azerbaijan and end the war, and determine the status of Karabakh (as well as its Armenian population). By not withdrawing its troops from the occupied territories of Azerbaijan, Armenia hinders realization of this optimal scenario. But even in this case, Azerbaijan will neutralize only the Armenian combatants, and all the rights of the civilian population, which it accepts as its citizens, will be ensured.

It is impossible to recognize the "independence" of Karabakh; it would be a gross violation of all norms and principles of international law. No country in the world will ever do that. It is interesting that while Armenia itself has not yet recognized the independence of Karabakh, they demand it from other countries.