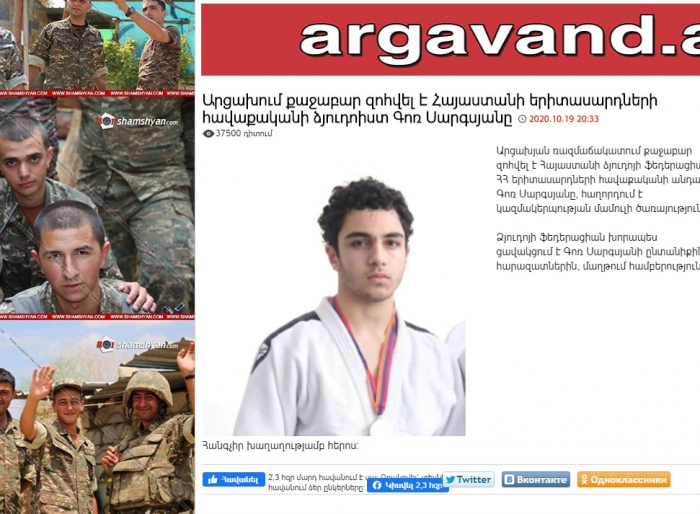 Gor Sargsyan, a member of the Armenian national judo team, was annihilated in the battles in Nagorno-Karabakh region, AzVision.az reports.

The Armenian Judo Federation has issued a statement in this regard expressing its condolences to the family and friends of Gor Sargsyan.

Note that, since the beginning of active military operations in the Nagorno-Karabakh region, several well-known Armenian athletes were annihilated by the Azerbaijani Army.