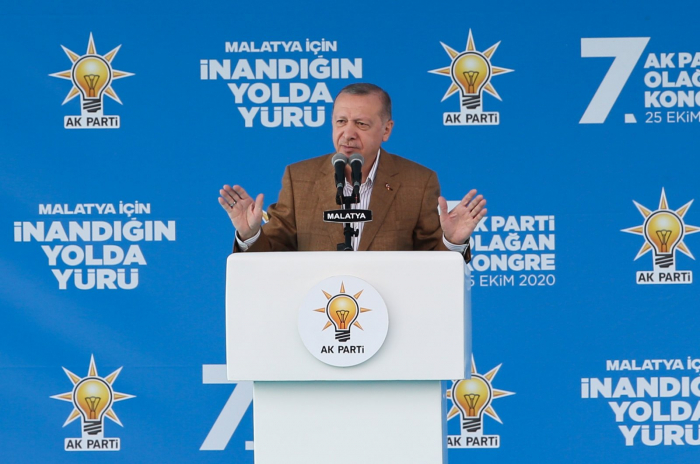 "Some Americans call my brother Ilham (Aliyev) and tell him that if Turkey stands by Azerbaijan, they will impose sanctions on Turkey," President Recep Tayyip Erdoğan said on Sunday. The comments were in regard to Turkey's support of Azerbaijan amid clashes over Nagorno-Karabakh with Armenian separatists and the acquisition of Russian S-400 missile defense systems, both reasons the president said the U.S. is using as a pretext to impose sanctions on Turkey.

"The U.S. does not know who they are dealing with. Impose the sanctions already, whatever they may be," he said during a local congress of his ruling Justice and Development Party (AK Party) in eastern Turkey's Malatya.

"The U.S. wants us to send the Russian S-400 missile systems back. We are not a tribal society; we are the (sovereign) nation of Turkey," Erdoğan further stated.