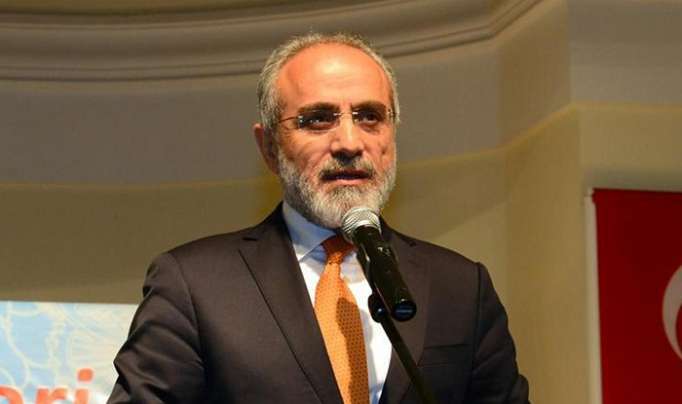 According to Topcu, the glorious Azerbaijani army, liberating its country from the occupation, teaches a lesson on the front line to the aggressive Armenia, which commits crimes against humanity, violating international law.

"The Azerbaijani army is capable of returning every inch of the occupied territories, solves tasks put before it, and drives away the occupiers," he said.

Touching upon Armenian claims about Turkey’s construction of a military base on the territory of Azerbaijan, he called this a deliberate disinformation.

"The source of this misinformation and the slanderous campaign is known. There is no need for Turkey to create a military base on the territory of the brotherly state, neither to conclude any special agreement to support brotherly Azerbaijan," the advisor noted.

He also pointed out that, despite the pandemic, the Azerbaijani and Turkish armies held a number of joint military exercises this year.

Speaking about the rocket attacks on Azerbaijani cities by Armenia with the support of the ASALA - PKK-YPG terrorist organizations, Topcu said that this is yet another evidence that Armenia is committing crimes against humanity.

"Based on international law and the right to self-defense, Azerbaijan protects its people and the country's territorial integrity. The glorious Azerbaijani army is heroically fighting for liberation from the occupation of its native lands within the framework of international law and in accordance with the requirements of the UN Security Council resolutions," he said.

“The main purpose of shelling Azerbaijani cities by Armenia is to provoke Azerbaijan to retaliate. The invader Armenia perfectly understands that it cannot win this war alone, and therefore resorts to all illegal actions, including terror,” he added.

"As the founder of Turkish Republic, Mustafa Kemal Ataturk said: "The joy of Azerbaijan is our joy, its grief is our grief," and also, as the National Leader of Azerbaijan Heydar Aliyev said: "We are one nation, two states," concluded the main adviser.