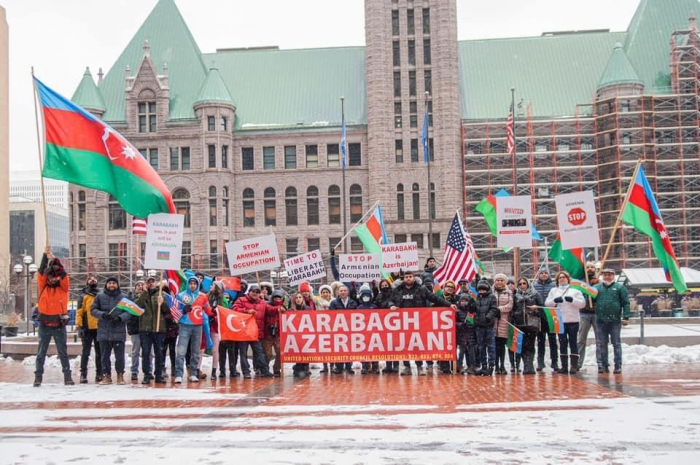 Azerbaijanis living in Minneapolis, Minneasota, held a permitted protest rally in front of the building of the Capitol, with relation to Armenian troops' attacks on Azerbaijani city of Ganja.

The killing of civilians, including children and women were condemned at the rally.

At the action initiated by the Minneasota Azerbaijani Community, Azerbaijanis commemorated the victims of the Ganja terror and said that Armenian separatism is a great threat not only to Azerbaijan, but to humanity as a whole.

Condemning the aggressive policy of Armenia against Azerbaijan, the protesters called on the international community to hear the true voice of Azerbaijan and not to be indifferent to the terrorist acts committed against the civilian population.

After performing the National Anthem of the Republic of Azerbaijan, the protesters marched fromwith posters such as "Karabakh is Azerbaijan!", "Stop Armenian terror!", "Stop the death of children!", "We say no to terrorism", "Do not support the occupying state!" in their hands. 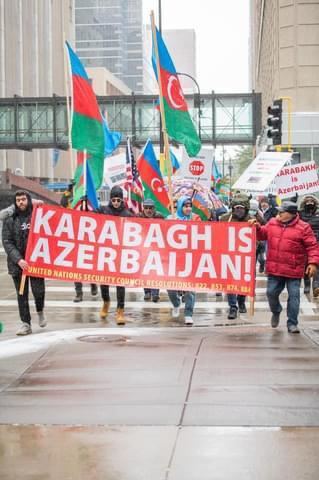 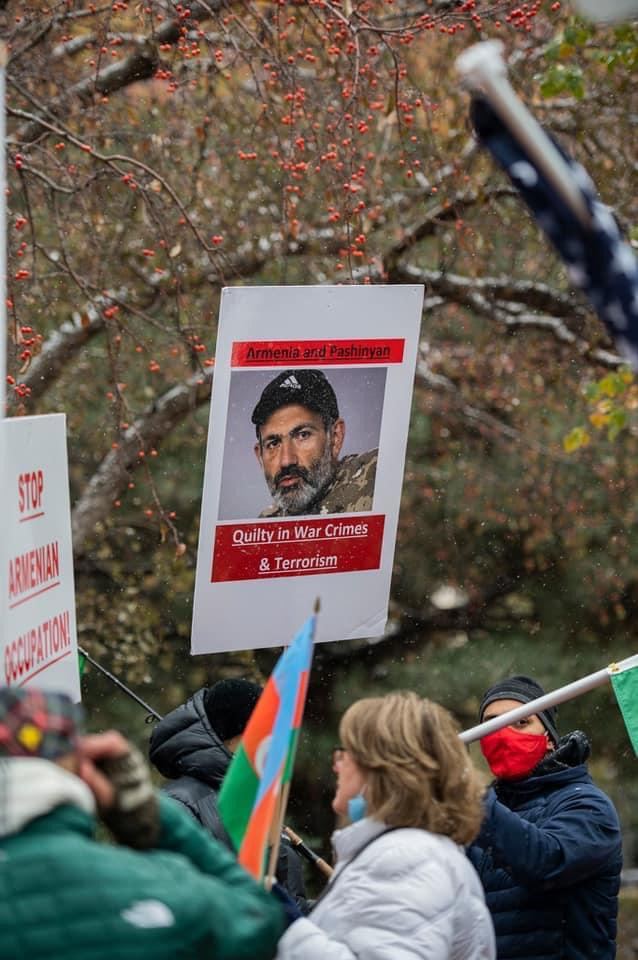 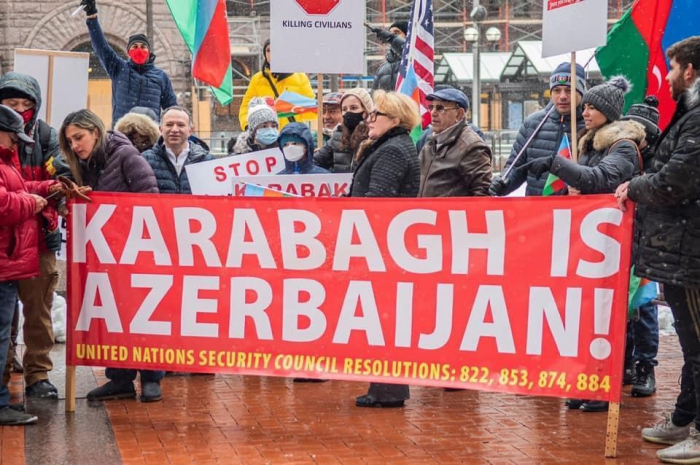