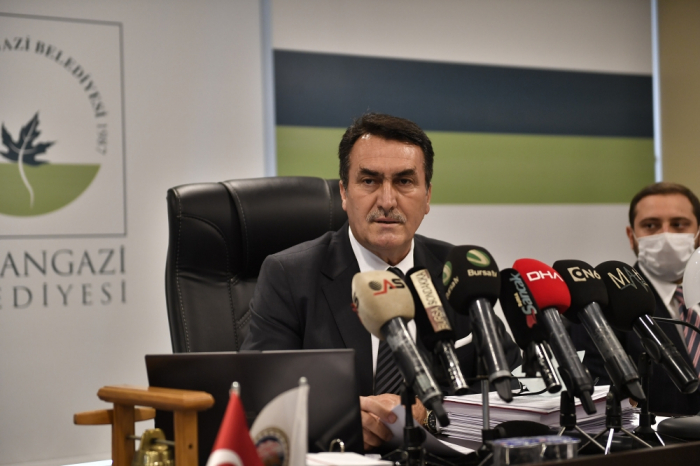 A new park named after General of the Azerbaijani Armed Forces Polad Hashimov, who was killed as a result of provocation of the Armenian armed forces in July, has been built in Demirtas, Turkey, AzerTag reported.

Demirtas Mayor Mustafa Dundar said that the building of the park symbolizes respect and esteem for all heroes who were martyred for the territorial integrity of Azerbaijan, as well as Turkey`s moral support to Azerbaijan.

The mayor expressed confidence that the Azerbaijani Army, which launched a counter-offensive in response to the treacherous and ruthless attacks of Armenia on September 27, would soon restore the country's territorial integrity by liberating the occupied territories.