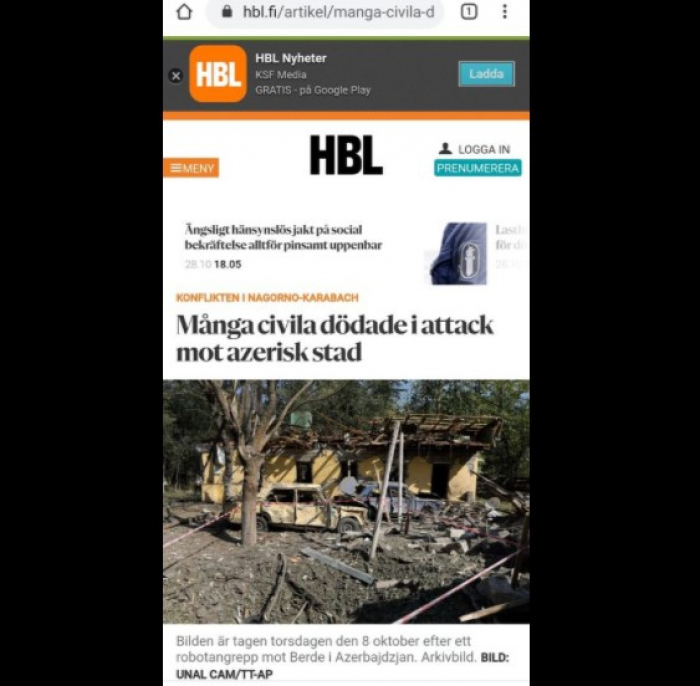 "Influential Swedish newspapers wrote about the rocket fire of the Armenian armed forces in Barda and the attacks on the civilian population", Azvision.az reports.

Azerbaijani researcher Elnur Elturk says that Azerbaijanis living in Sweden try to highlight Armenia's treacherous attack on Azerbaijani civilians as much as possible.

The articles read that more than 20 Azerbaijanis were killed and more than 60 were injured. In particular, it is noted that this attack is the bloodiest incident against the civilian population since the beginning of the war. 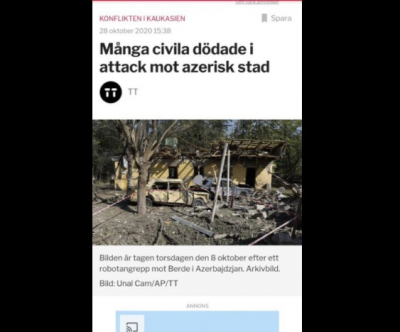 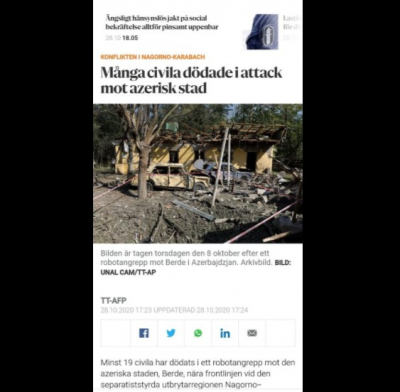 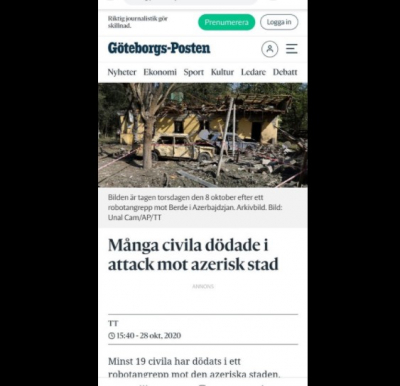