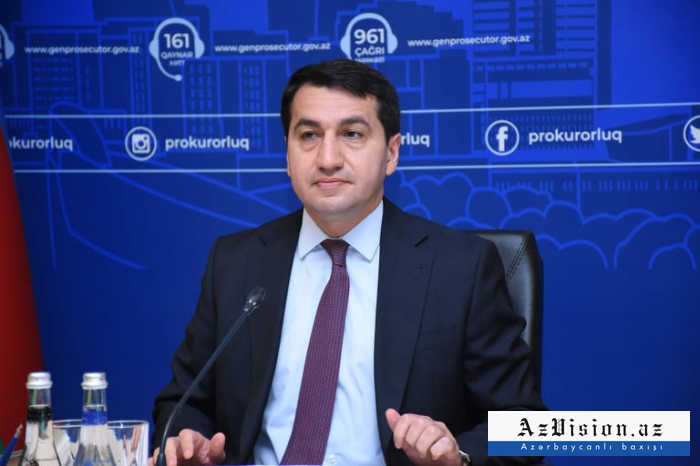 The comment by the Ambassador of the Republic of Azerbaijan to the Russian Federation on this issue is inappropriate. Such a case cannot undermine the Azerbaijani-Russian relations," Assistant to the Azerbaijani President, Head of Foreign Policy Affairs Department of the Presidential Administration Hikmat Hajiyev said.

The presidential assistant said: "Also, what the Azerbaijani ambassador to Russia said about the status of the Nagorno-Karabakh region of Azerbaijan, without getting to the heart of the matter, is unacceptable. Heads of Azerbaijani diplomatic missions and other officials abroad should refrain from making arbitrary statements that contradict the official position of the country and the policy pursued by President Ilham Aliyev."