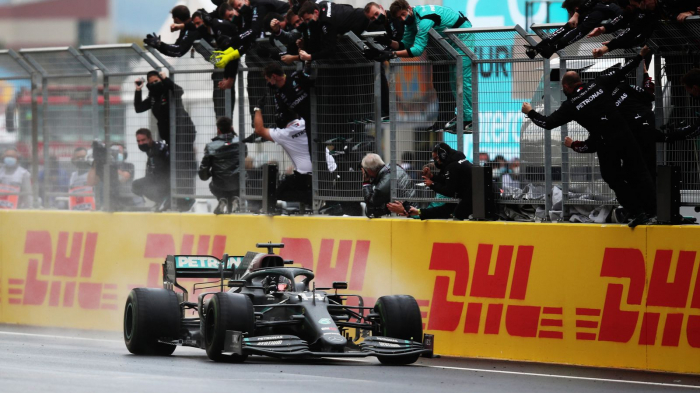 Hamilton is now the most decorated racer the sport has ever seen - having overtaken Schumacher's record for race victories after winning his 92nd Grand Prix in October.

The 35-year-old, who grew up on a Stevenage council estate, delivered what has been described as his best display of the season as he won a dramatic Turkish Grand Prix this morning.

He has claimed his 10th win from 14 rounds - emulating Schumacher's all-time world title haul with three rounds to spare.

Valtteri Bottas, the only man who could have prevented Hamilton from wrapping up the title here, endured a miserable afternoon, spinning twice and finishing 14th.