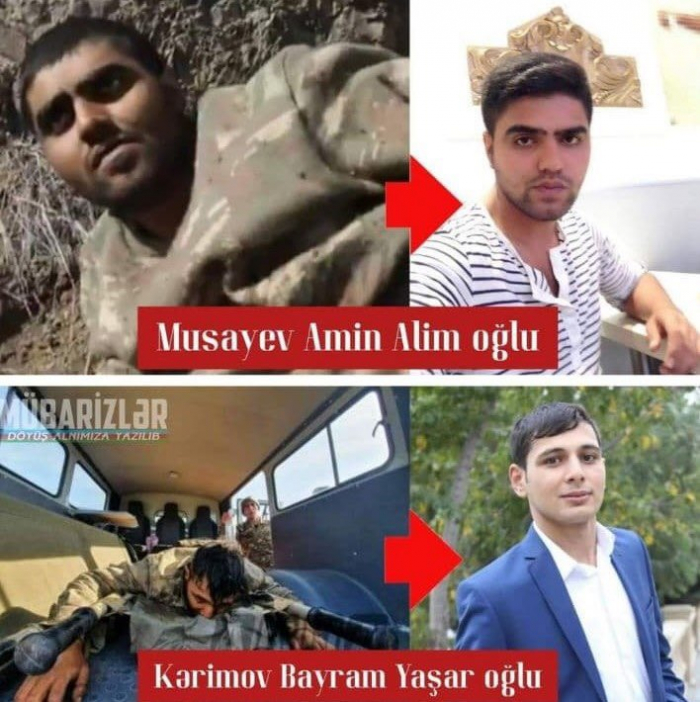 The team of Republic Underground News recently received a tip that Azerbaijani soldiers have been captured, and are being held as POWs on the Armenian side, even after ceasefire agreements.

The POWs have been identified by name as Amim Musayev, Bayram Kerimov, and Ruslan Rustamov.

Republic Underground News launched an official investigation into the capture of Musayev, Kerimov, and Rustamov shortly following the circulation of their photos on social media outlets. The Azerbaijani community has circulated the photos of the missing soldiers to receive a response from the International Committee of the Red Cross, abbreviated ICRC.

It has since been reported that the three soldiers have been filmed being tortured and handcuffed. Additional images show at least one of the young soldiers lying on the ground with a head injury above one eye, bleeding down to the point of the upper lip. Clearer images show the one soldier placed on his belly on a stretcher in the armored car. A soldier is standing behind him, holding up a clear container that appears to be a bottle of liquor. The photographer in this image was likely inside the cab with the prisoner, as the image is shot head-on, with the soldier holding the bottle at the door in the image’s background. The captive soldier in these images was later identified as Kerimov, under the social media hashtag #bringbackBayram.

The hashtag #bingbackNuraddin likewise has circulated. This implies that there is a fourth POW that is unaccounted for in Azerbaijan. It is unclear, at the time of this report, how many additional POWs were taken. Other hashtags including #bringbackDilqem and #bringBackShabaz imply that there could be as many as six, or more.

Local sources state that the other hashtags are for civilians who were captured by Armenia, and that their missing persons cases go back to 2014. At the time of this report’s last update, only three POWs were confirmed.

Armenia denies holding Azerbaijani soldiers hostage, despite the photographic evidence. Republic Underground News will investigate the disappearance of all the reported POWs independently, as well as collectively.