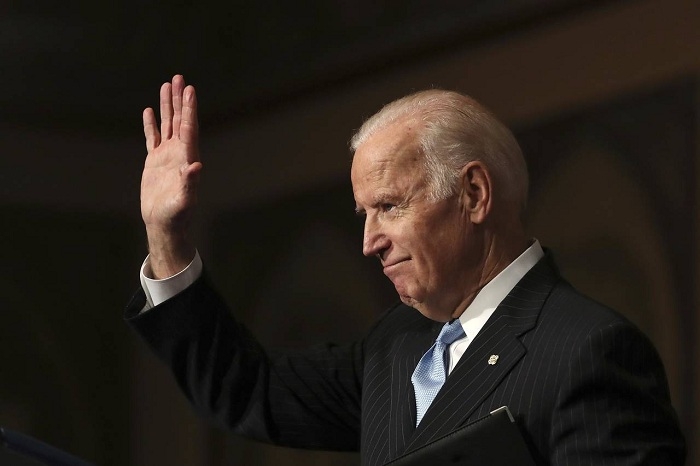 President-elect Joe Biden’s call to “build back better” after the pandemic is an invitation to renovate America’s outdated neoliberal version of capitalism. The more successful variants of market capitalism found in Europe or, better, in California, point the way forward.

Even before the COVID-19 pandemic ravaged the United States and other developed economies, trust in capitalism had eroded around the world, particularly among young people. In 2019, when unemployment was low and wages were rising, 56% of respondents to a global survey by the Edelman Trust Barometer nonetheless believed that “capitalism as it exists today does more harm than good.” In the US, specifically, only 51% of young adults in a Gallup poll that year gave capitalism a “positive” rating, while 49% approved of socialism.

Growing distrust of capitalism follows from its failure to address major socioeconomic challenges, not least climate change and inequalities in opportunity, income, and wealth. While private incentives under capitalism are good at stimulating efficiency, growth, and innovation, they also generate unequal income and wealth distributions (even in a context of intense competition), often at odds with social norms of fairness. Moreover, capitalist systems tend to underinvest in public goods like education, health care, and social insurance – all critical factors in the pandemic response – while also discounting negative externalities such as greenhouse-gas emissions.

These shortcomings of capitalism are predictable, but they are remediable through public policies and institutions. Tax and transfer policies and minimum wages can reduce income and wealth disparities, just as public investment in education, training, and health care can enhance opportunity by providing access to good jobs and fostering the creation of new enterprises. Likewise, a price on carbon dioxide and regulations limiting or banning carbon emissions can help the world avert the existential threat of climate change.

Critics of capitalism often miss (or choose to ignore) that there is no single canonical model. Europe’s various “social market” models differ significantly from the neoliberal variant in the US. And even within the US, there are important differences between states and localities.

Some of these distinctions have been highlighted in the responses to the COVID-19 pandemic and recession. All advanced economies have deployed unprecedented levels of fiscal and monetary stimulus in the face of “K-shaped” or “dual” recessions in which lower-wage workers have suffered disproportionately more than other cohorts. Unlike the US, Germany and several other European countries have deployed measures specifically designed to keep as many workers as possible in their jobs. Because these countries have generous social insurance and benefits, including sick leave and family leave, workers and their families have been able to cope with both COVID-19 and sudden drops in their incomes.

With their strong public-health systems, many European countries were also better equipped to carry out widespread testing and vaccine distribution. The US, meanwhile, has utterly failed to contain the virus, and is now delegating the vaccination campaign to under-resourced state and local authorities.

In another contrast with the US, Europe has dedicated about one-third of its massive stimulus program to investments aligned with its commitment to achieve carbon neutrality by mid-century. America’s federal stimulus measures have been silent on climate with few conditions of any kind.

Within the US, individual states’ responses to the COVID-19 crisis reflect different variants of capitalism. In California, Governor Gavin Newsom’s recent 2021-22 budget proposal reveals some distinctive features. In terms of health-care coverage, California remains a national leader with a Medicaid program covering more than 13 million people. Despite the pandemic-induced recession, the state is increasing its minimum wage to $14 per hour in 2021, on track to realize the target of $15 per hour in 2022 for all businesses employing 26 or more workers; many municipalities, including Los Angeles and San Francisco, have already achieved or exceeded the $15 target. (On January 1, 2021, 20 other states also raised their minimum wages, whereas the US federal minimum wage has remained unchanged at $7.25 per hour since 2009.)

California has also expanded coverage of its Earned Income Tax Credit (EITC) and Young Child Tax Credit to include undocumented workers who are otherwise denied the benefits of federal stimulus packages. Together, these tax credits applied to 3.6 million California households in 2020, adding $1 billion in total income. The state also passed new legislation significantly expanding unpaid family-leave rights. Employers with as few as five employees now must provide this option as well as more time for paid sick leave for workers forced to self-isolate or quarantine as a result of COVID-19 exposure or diagnosis.

Looking ahead, Newsom has proposed an additional $600 one-time cash payment to all taxpayers who are eligible for the state’s EITC in 2021. His proposed 2021-22 budget also earmarks $372 million to expedite the distribution of COVID-19 vaccines, and includes $4.5 billion for programs to drive economic growth and job creation once restrictions on normal activities have been lifted. These programs include $575 million in grants to small businesses and nonprofits, in addition to the $500 million for such grants implemented in late 2020 amid forced business closures. The proposal also allocates up to an additional $50 million for the California Rebuilding Fund, a public-private partnership, to support up to an additional $125 million of low-interest loans to underserved small businesses throughout the state.

California’s distinctive approach to market capitalism also emphasizes climate sustainability, using both carbon pricing and efficiency standards to achieve ambitious decarbonization targets. Under a 2018 state law, 60% of electricity must come from renewable resources by 2030, and 100% by 2045. California runs the world’s fourth-largest cap-and-trade system and will be setting even lower caps (and thus a higher carbon price) next month. In September 2020, Newsom announced an executive order requiring that zero-emission vehicles account for 100% of new car sales by 2035. His proposed budget seeks $1.5 billion to accelerate the infrastructure investment needed to achieve this goal.


Laura Tyson, former chair of the US President's Council of Economic Advisers, is Professor of the Graduate School at the Haas School of Business and Chair of the Blum Center Board of Trustees at the University of California, Berkeley.

Lenny Mendonca, Senior Partner Emeritus at McKinsey & Company, is a former chief economic and business adviser to Governor Gavin Newsom of California and chair of the California High-Speed Rail Authority.