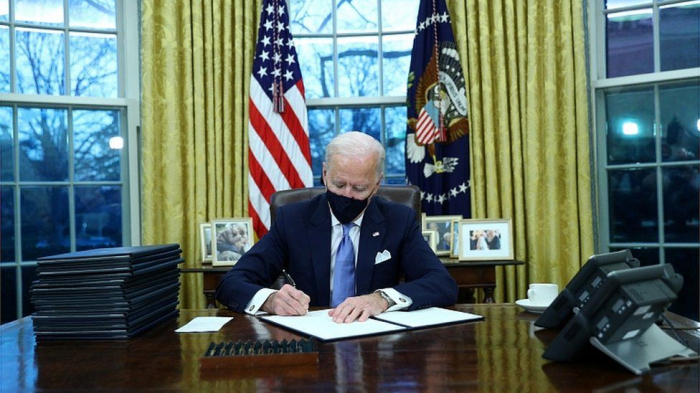 U.S. President Joe Biden will issue an executive order to build up the country’s capacity to accept refugees, national security adviser Jake Sullivan said during a White House briefing on Thursday, but the timing of the action remains unclear, AzVision.az reports citing Reuters.

White House Press Secretary Jen Psaki said later in the briefing that she did not expect Biden to issue the order on Thursday, but that Biden is “committed to looking for ways to ensure more refugees are welcomed into the United States.”

Biden has pledged to restore the United States’ historic role as a country that welcomes refugees from around the world after four years of cuts to admissions under former U.S. President Donald Trump. The U.N. High Commissioner for Refugees (UNHCR) estimates there are 1.4 million refugees worldwide in urgent need of resettlement.

During his presidency, Trump portrayed refugees as a security threat and a drain on U.S. communities as he took a series of measures to restrict legal immigration. The Biden administration is confronting a refugee program hobbled by Trump’s hardline policies, which led to the closure of resettlement offices and disrupted the pipeline of refugees to the United States, a situation exacerbated by the coronavirus pandemic.

Biden was expected to issue the refugee order in conjunction with a speech on Thursday at the U.S. State Department that aims to reinvigorate the workforce there, but the order was delayed, according to one person familiar with the plan. The reason for the delay was not clear.

Biden vowed on the campaign trail to raise the annual refugee ceiling to 125,000, up from a record-low 15,000 set by Trump for this fiscal year.

Biden eventually plans to raise refugee levels this year, but the target will be lower than his goal of 125,000, according to two people familiar with the matter.