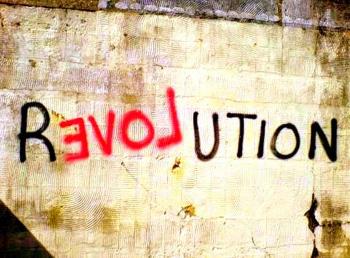 While they stare quietly at their models, macroeconomists are hearing the distant rumble of revolt. A year ago, the Nobel laureate economist Joseph Stiglitz announced that capitalism was undergoing “yet another existential crisis,” with “neoliberal ideology” to blame. Now Robert Skidelsky has proclaimed the arrival of a “silent revolution in macroeconomics.” Martin Sandbu of the Financial Times prefers the plural, celebrating the “revolutions under way in macroeconomics.”

A growing acceptance of aggressive fiscal policy is supposed to be the first principle of the new, post-revolutionary regime. Even the International Monetary Fund – once lampooned as “It’s Mostly Fiscal” for wanting to impose austerity everywhere – is now calling for more fiscal stimulus to fight the crisis.

So, if a revolution is under way, what kind is it? Should conventional macroeconomists fear the intellectual guillotine?

A practical sea-change is indeed occurring. According to the January update of the IMF’s Fiscal Monitor, 2020 fiscal deficits averaged 13.3% of GDP in advanced economies and 10.3% among emerging markets, and will exceed 8% for both groups of countries in 2021. The Fund expects gross public debt to reach 99.5% of world GDP by year’s end.

But there is no conceptual revolution at work here. The idea that in a liquidity trap – when interest rates can go no lower – fiscal policy is the only game in town is key to John Maynard Keynes’s General Theory. Most mainstream macroeconomists called for a robust fiscal response to the financial crisis in 2007-09 and again when COVID-19 hit. A few professors deny that fiscal stimulus has a role to play, but you have to look hard to find them.

What has changed is politics. In late 2008, US President Barack Obama’s advisers wanted $1.8 trillion in fiscal stimulus. Congress passed a package of less than $800 billion, over the opposition of every House Republican and 38 of 41 Republican senators. Fast forward to March 2020. Congress approved a stimulus package worth $2.2 trillion. Every Republican senator voted yes. What changed? Well, a Republican, Donald Trump, was president.

In Germany, Chancellor Angela Merkel has also turned the politics of fiscal policy upside down. She persuaded Germany’s hyper-conservative economic establishment not only to run a deficit in 2020, but also to issue bonds jointly with other European Union countries – previously taboo – to finance the bloc’s €750 billion ($909 billion) pandemic recovery fund.

The world is also different than it was before the 2007-09 crisis. In the 1980s and 1990s, real interest rates were positive and, in some countries, high. A government with large debts had to pay a sizeable share of its budget in interest every year. That was money not spent on health, education, welfare, or green infrastructure. In that situation, most economists – even progressives – counseled prudence.

Today, with the real interest rate at or below zero, a country in the same situation must make real interest payments of, well, zero. No wonder then that respected economists, like MIT’s Olivier Blanchard, argue that sustained low interest rates make room for a much larger public debt.

A conceptual revolution did happen, but it involved monetary policy, and it began over a decade ago. In the wake of the 2007-09 crisis, central bankers began doing what the doctor traditionally had not ordered. Under new labels – “quantitative easing” and “credit easing” – they printed trillions of dollars in new money and used it first to buy government bonds and then corporate bonds.

For decades, we macroeconomists had been teaching students that in the long run, the price level is roughly proportional to the money supply, so that if you double the money supply, accumulated inflation will eventually reach 100%. But in the 12 years starting in January 2008, the Federal Reserve increased the most common measureof money by a factor of three, and subsequent inflation barely budged. In the year since the coronavirus pandemic began, that same measure of money supply has quadrupled, and inflation is yet to appear.

These new facts sent macroeconomists racing to re-jig old models. So did the growing realization that the new, “unconventional” monetary policies seemed to work, in the sense of helping to restore financial stability and putting a floor on the depth of recessions. In 2014, Ben Bernanke quipped that “the problem with quantitative easing is that it works in practice, but it doesn’t work in theory.” By now, macroeconomists have written dozens of papers clarifying the conditions under which quantitative easing works in theory and in practice.

Sandbu is on firm ground when he claims that another change is underway: a growing awareness that multiple equilibria should be a crucial concern when crafting policy. In the standard diagram, if demand and supply schedules cross only once, that market has a unique equilibrium. If they cross two, three, or more times, then multiple equilibria are at work.

This, too, is not conceptually new. Keynes’s politically incorrect “beauty contest” analogy in his General Theory hinted at multiple equilibria. In 1965, British economist Frank Hahn published a famous paper arguing that all monetary economies have more than one equilibrium.

The practical implications are enormous. If there is more than one feasible equilibrium, expectations can be self-fulfilling: pessimism delivers outcomes worth being pessimistic about, and the change can come suddenly and without warning. Policymakers increasingly recognize this danger. As Blanchard points out, the risk of confidence crises and runs on debt is the most important counter-argument to the case for allowing the public debt to grow.

Determination to avoid a bad equilibrium can prompt quasi-revolutionary policy activism, such as then-European Central Bank President Mario Draghi’s promise in 2012 that the ECB would do “whatever it takes” to save the euro. But the risk of a self-fulfilling panic can also necessitate policy prudence, not revolution. If regulators worry about bank runs, then they will require banks to hold bigger cash reserves for every dollar they receive in deposits. If you worry about runs on government debt, then you will vote for politicians who advocate borrowing less, and at longer maturities.

Andrés Velasco, a former presidential candidate and finance minister of Chile, is Dean of the School of Public Policy at the London School of Economics and Political Science. He is the author of numerous books and papers on international economics and development, and has served on the faculty at Harvard, Columbia, and New York Universities.