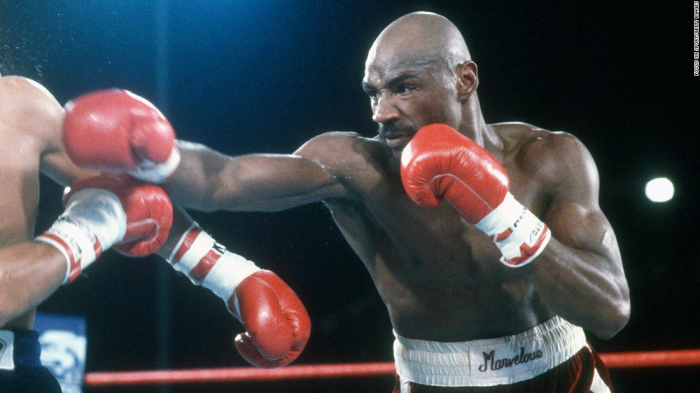 The American dominated the middleweight division from 1979 until his controversial defeat by Sugar Ray Leonard in April 1987.

He triumphed on 52 occasions by knockout, while he drew two and lost three times.

His most famous fight came in April 1985 when he fought Thomas 'Hit Man' Hearns over three brutal rounds - a classic known as 'The War'.

Hagler made 12 successful title defences until his defeat by Leonard by a split decision and he retired a year later.