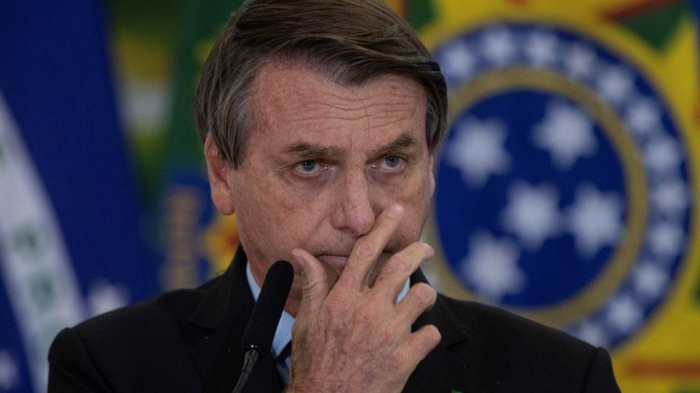 The Brazilian Senate will open an inquiry into the government's handling of the coronavirus pandemic, as President Jair Bolsonaro continues to resist lockdown measures even with Covid-19 deaths at new records, AzVision.az reports citing AFP.

A judge from the country's supreme court on Thursday ordered the Senate to create a commission for the inquiry, after requests from 32 of Brazil's 81 senators.

The president of the Senate, Rodrigo Pacheco, finally conceded to their demands at a press conference minutes after the judge's ruling, after having opposed the move previously.

Far-right leader Bolsonaro has defied expert advice on containing the pandemic even as cases and deaths in Brazil soar, criticizing face masks and vaccines while doubling down on his opposition to lockdown measures as recently as Wednesday.

On Thursday Brazil recorded over 4,200 coronavirus deaths in 24 hours, bringing its total toll to more than 345,000 -- the second highest in the world after the United States.

The inquiry should focus on "the actions and omissions of the federal government... particularly with regard to the worsening of the health crisis in the state of Amazonas, after the lack of oxygen for hospitalized patients," the judge's ruling stated.

In January dozens of people died in Manaus, the state's capital, when hospitals ran out of oxygen to treat Covid-19 patients.

In another blow to Bolsonaro, the supreme court also ruled Thursday that regional authorities can prohibit in-person religious services, something he had strongly opposed.