At least 710 killed in Myanmar since coup, rights group says 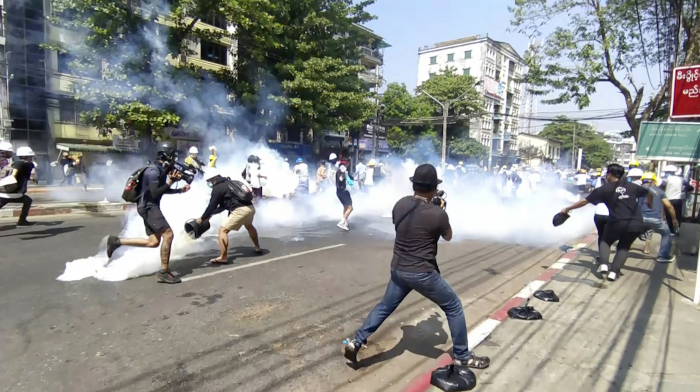 At least 710 people have been killed in Myanmar since the military seized power in February, a civil rights group said on Tuesday, AzVision.az reports citing Anadolu Agency.

The Assistance Association for Political Prisoners (AAPP) said in its daily report that the latest killing of four protesters by security forces on Monday brought the total number of casualties to 710.

As of April 12, the group said at least 3,080 people have been detained, 64 convicted, and 697 arrest warrants issued for people who are still at large.

According to the report, civilians across the country held a “flashlight strike” on Monday night, lighting up the sky in a powerful symbol of unity against unlawful military rule. “Junta forces responded to even these peaceful acts of solidarity with brutal violence,” it said.

These forces raided and robbed Grace Hospital in Tamu, beating the nurses. They also stormed the Methodist church compound, stealing the abbot’s and civilians’ belongings, the report alleged.

“During the raid, a seven-year-old boy was shot and wounded,” it added.

When the military forces are unable to locate an individual, they take his relatives and friends hostage, which is a routine tactic used by the oppressor regime, it said.

In Tedim township, Chin State, parents were taken hostage as the son of the Cooperative Department involved in the Civil Disobedience Movement was not found and arrested, according to the report.

So far, 32 hostages have been taken by the security forces, according to AAPP documentation.