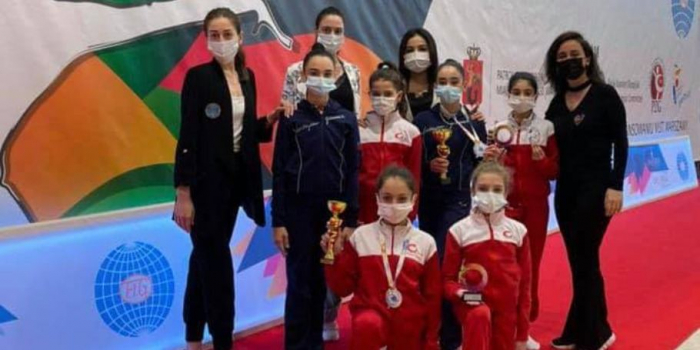 The İrinaCup international rhythmic gymnastics tournament was held in Warsaw (Poland) from April 30 to May 2, AzVision.az reports citing the website of the Azerbaijan Gymnastics Federation (AGF).

Following the tournament, representatives of Azerbaijan won one silver and two bronze medals.

Kamilla Seyidzade, competing among juniors, won a silver medal in the final of the ribbon exercise.

Alina Mammadova, who performed among juniors, became poles in two finals - in the program with the ball and with the clubs.