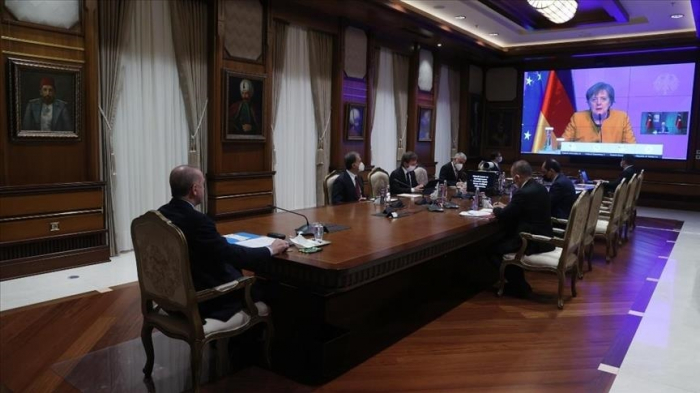 Erdogan expressed hope that Germany’s general election process will be beneficial and that the relations between the two countries would improve further with a prudent and strategic perspective in the new period.

Stressing that the momentum attained in Turkey-EU relations should not be lost, he said Greece continues its provocative actions.

Greece continues its immoral and illegal practice of pushing back asylum seekers in the Aegean Sea, but Turkey maintains its moderate attitude to preserve the positive agenda, the Turkish president underlined.

Turkey and human rights groups have repeatedly condemned Greece's illegal practice of pushing back asylum seekers, saying it violates humanitarian values and international law by endangering the lives of vulnerable people, including women and children.

Erdogan said that by using NATO’s facilities and capabilities, it is necessary to discuss ways to sustain support for Afghanistan in the most effectively.

Referring to the latest developments in Libya, Erdogan reaffirmed Turkey’s support for the Government of National Unity in Libya and willingness to cooperate with Germany in this regard.