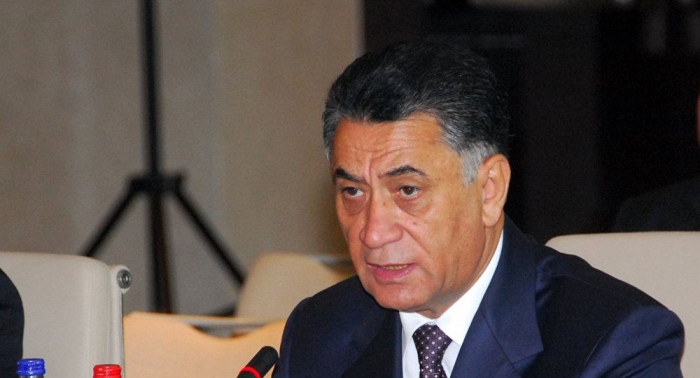 Revanchist statements by the political circles of Armenia that were defeated in the Second Karabakh War, representatives of the Armenian military junta speaking on behalf of its authorities and the opposition mustn’t be taken seriously, Secretary of Azerbaijani Security Council, Colonel-General Ramil Usubov, said.

“The statements are just absurd, delusions and populism,” he added, reminding that the war ended with the complete victory of Azerbaijan.

"The whole world recognizes and reckons with the new military, political, geographic reality created by Azerbaijan’s president, and the primitive revanchist statements of ardent nationalist political forces in Armenia are more addressed to the local audience,” stated the official. “Most of the Armenian people do not believe these absurd statements. This is one of the real results of the struggle and the given lessons.”

“Speaking about any threat, we mustn’t forget that none of state and peoples, without exception, including Azerbaijan, is protected from threats,” he emphasized. "Amid the expansion of global terrorism, the steady increase in the number of war victims, new conflict hotbeds, there are real and great threats for the whole world. One of the priority areas of the Azerbaijani state's activities is organizing a joint fight against these threats.”

Namely such was the essence of the Second Karabakh War - the destruction of aggressive separatism, terrorism threatening not only Azerbaijan, but the entire Caucasus, and hindering the healthy and stable development of the Eurasian space, concluded Usubov.

As a result of the war (from late Sept. through early Nov.2020), Azerbaijan liberated its territories from Armenian occupation.