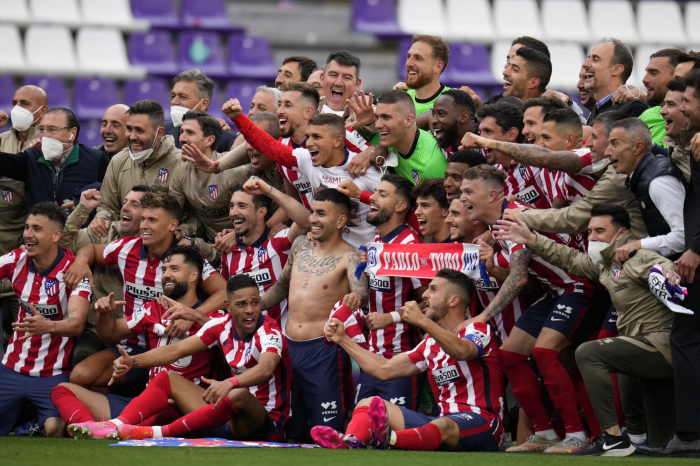 Atletico Madrid pipped city rivals Real Madrid to the La Liga title on Saturday after Luis Suarez fired them to a 2-1 comeback win at Real Valladolid, which secured them the Spanish championship for the first time in seven years, AzVision.az reports citing Reuters.

Valladolid took a shock lead in the 18th minute when Oscar Plano slotted past Jan Oblak to complete a sweeping counterattack after Yannick Carrasco had lost control of the ball following an Atletico corner.

Just as they had done in last week's comeback win over Osasuna, Atletico missed a series of clear opportunities but they drew level after a moment of magic from Angel Correa, who danced his way through the defence before arrowing into the bottom corner in the 57th minute.

Suarez then pounced on a giveaway by the Valladolid defence to score in the 67th and put Atletico on their way to a victory that would secure the title no matter what happened in Real Madrid's game at home to Villarreal.

Valladolid missed a couple of glaring opportunities down the other end while Geoffrey Kondogbia wasted a chance that would have given Atletico a more relaxing finish when he blasted into the side-netting.

Real Madrid ended up fighting their way back from a goal down to beat Villarreal 2-1 which meant they would have swiped the title from Atletico's hands if Valladolid had equalised thanks to a better head-to-head record.

However, Diego Simeone's side saw out the victory and wildly celebrated on the pitch.