Which processed foods are better than natural? 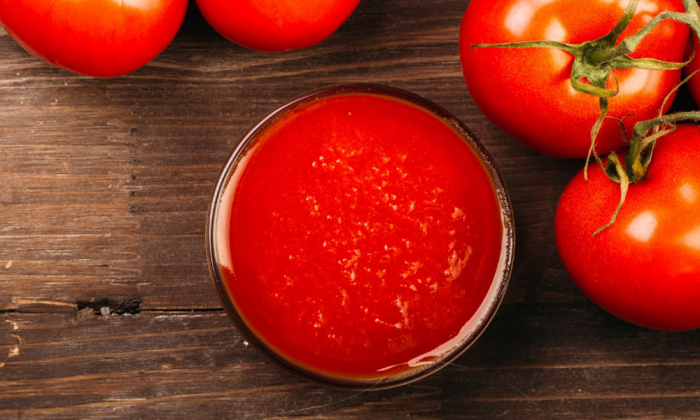 Processed food conjures up images of unhealthy meals and snacks that have been mass-produced in factories. But can our intervention actually make some foods better for us?

The language used to describe the foods we eat can have a huge effect on how we perceive them: "organic", "artisan", "homemade" and "handpicked" foods sound slightly more tempting than the prosaic "tinned", "rehydrated" or "freeze-dried".

Another adjective that can whet our appetites is "natural", while we tend to associate "processed" food with long lists of ingredients we can't pronounce. But when it comes to our health – is natural always better than processed?

Actually, naturalness doesn't automatically mean a food is healthy, says Christina Sadler, manager at the European Food Information Council and researcher at the University of Surrey.

In fact, natural foods can contain toxins, and minimal processing can in fact make them safer.

Kidney beans, for instance, contain lectins, which can cause vomiting and diarrhoea. They're removed by soaking the beans in water overnight and then cooking them in boiling water.

Processing also makes cow's milk safe to consume. Milk has been pasteurised since the late 1800s, in order to kill harmful bacteria. Before this time, it was distributed locally, because there wasn't good refrigeration in houses.

"Cows in cities were milked every day, and people would bring milk in carts back to their neighbourhoods to sell it," says John Lucey, a food science professor at the University of Wisconsin-Madison.

"As cities got bigger, milk got further away and took longer to get to the consumer, which meant pathogens could multiply."

Mounting evidence suggesting that some organisms in milk could be harmful led to the development of heating devices for milk and the invention of pasteurisation, which was soon adopted across Europe, and later in the US.

"It's one of the major public health success stories of the last century," Lucey says. "Just before World War Two, around a quarter of all food and waterborne diseases came from milk. Now it's less than 1%."

"Often, vegetables are frozen soon after harvesting, instead of being picked, transported, and then sitting on shelves, losing nutrients," Sadler says.

There's a misconception that frozen produce isn't as good as its fresh counterparts – Ronald Pegg
In 2017, a group of researchers each bought fresh vegetables from different grocery stores and analysed their levels of nutrients, including vitamin C and folate, on the day they purchased them and five days later, after storing them in the fridge.

When they compared the frozen and chilled vegetables, they found that they had comparable levels of nutrients. In some cases, the paper found, the frozen vegetables had higher levels than their fridge-stored rivals.

"There's a misconception that frozen produce isn't as good as its fresh counterparts, but that's truly inaccurate," says Ronald Pegg, food science and technology professor at the University of Georgia.

Processing also allows vitamins and minerals, such as vitamin D, calcium and folate, to be added to certain processed foods, including bread and cereal. Such efforts have helped lower several nutrient deficiencies among the general public. This doesn't necessarily make the food nutritionally balanced, however.

Processing can also help to preserve food and make it more accessible. Fermenting cheese, for example, keeps it stable for longer, and in some cases, reduces the amount of lactose, making it more accessible to people with mild lactose intolerance.

In the past, the main reason food was processed was to increase its shelf life. For a long time, preserving food by adding ingredients such as sugar or salt was crucial in order for people to survive winter, says Gunter Kuhnle, food and nutritional food sciences professor at the University of Reading.

"Processing allowed us to be where we are today because it prevented us from starving," he says. "A lot of foods need to be processed to be eaten, like bread. We couldn't survive on grains alone."

Adding heat – also a minimal process – makes a lot of foods edible, such as potatoes and mushrooms.

"Tinned tomatoes are a textbook example of processed food being better than fresh," says Kuhnle. "They can be harvested much later when the food is much riper and processed in a much more gentle way."

And while some processing can make food less nutritious, it can still make food more accessible. Bacon, for example, doesn't improve health, but it gives more people access to meat by preventing food from spoiling.

Processed food also tends to be cheaper, as it can be produced at lower costs. Research has found that healthier foods are three times more expensive than foods that are high in salt, sugar and fat, which are most highly processed foods.

Studies have shown that people who eat ultra-processed foods consume more calories overall and gain more weight
But highly processed food – which is made from substances derived from foods and additives – is generally not good for us. Studies have shown that food additives can alter our gut bacteria, and cause inflammation in our bodies, which is linked to a higher risk of heart disease.

However, the mechanisms behind why need to be better understood, researchers say. More generally, there seems to be a consensus that more research is needed around the effects of processed food on our health. For example, it's still unknown how flavanols and polyphenols – micronutrients found in some plants that have been linked to many health benefits – in fruits are affected by processing, Kuhnle says.

"There's not much information on how processing affects more narrow health benefits. A lot of research focuses on one food, but people don't eat one apple, they eat an entire diet with apples in it, and smoothies and cakes."

While minimal processing has many benefits, the same can't be said for what classification systems call "ultra-processed" foods. But there is debate among scientists regarding the definitions and terminology around what constitutes minimal and "ultra" processing.

Earlier this year, Sadler analysed numerous classification systems that seek to classify processed food. She found no consensus on what factors determine the level of processing, and states that classification criteria are "ambiguous" and "inconsistent".

"There isn't a good definition of processing. The public has the idea, when they hear the word 'processing', that the whole food is taken apart and put back together again, but it could be as simple as heating or cooling," Lucey says.

There is a debate about whether public health nutrition policies should focus more on the degree of food processing, rather than food's nutritional profiles. But is there anything inherently bad about processing?

One group of scientists wrote in a 2017 paper: "To our knowledge, no arguments have been offered as to how, or if, food processing in any way constitutes a risk to consumer health through adverse nutrient intake or chemical or microbiological hazards." However, it’s worth noting that the lead author serves on scientific committees for food producers Nestlé and Cereal Partners Worldwide.

While some studies show that ultra-processed foods fill us up less and leave us needing to eat more, the paper's authors argue that some processing is also used to lower the number of calories in some foods, such as semi-skimmed milk and low-fat spreads.

Some ultra-processed foods can be linked to bad health outcomes, but all processed food shouldn't be tarred with the same brush. Frozen vegetables, pasteurised milk or boiled potatoes, for example, can be better for us than their unprocessed counterparts.

But here's the key: all of those foods also very closely resemble their natural form; and this is what we should bear in mind. As long as we can recognise a processed food as being close to its natural form, having them in our diet may even be good for us.