Azerbaijani side did not open fire on Armenian positions – Defense Ministry 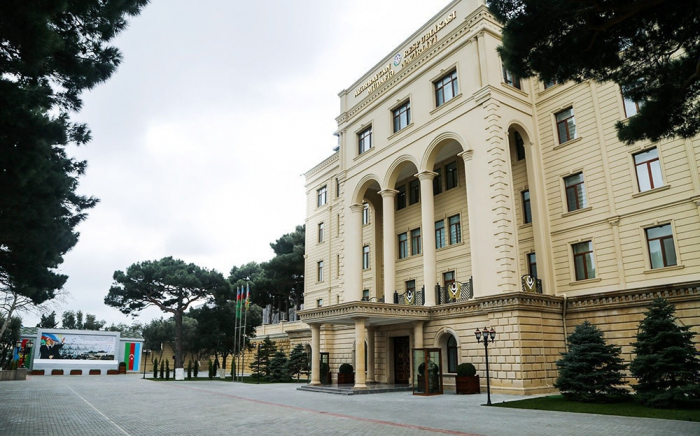 Armenia’s Defense Ministry has once again spread false information about the alleged shelling of Armenian positions in the territory of Verin Shorzha village in the Gegharkunik region of Armenia on the Armenian-Azerbaijani state border by units of the Armed Forces of Azerbaijan from the Kalbajar region, the Azerbaijani Defense Ministry said on Tuesday.

On May 25, in the afternoon, seven trucks with military personnel of the Armenian armed forces tried to approach the above-mentioned area of the border. As a result of preventive measures taken by the Azerbaijani side, the movement of the enemy was suppressed, the ministry noted.

The ministry stated that Azerbaijani servicemen did not open an aimed fire on the enemy.

According to the information available to the ministry, the incident involving the death of an Armenian serviceman occurred as a result of an accident. This incident has nothing to do with the Azerbaijani side.

“We inform that the Azerbaijani side is in constant contact with the Russian side in this regard,” it added.