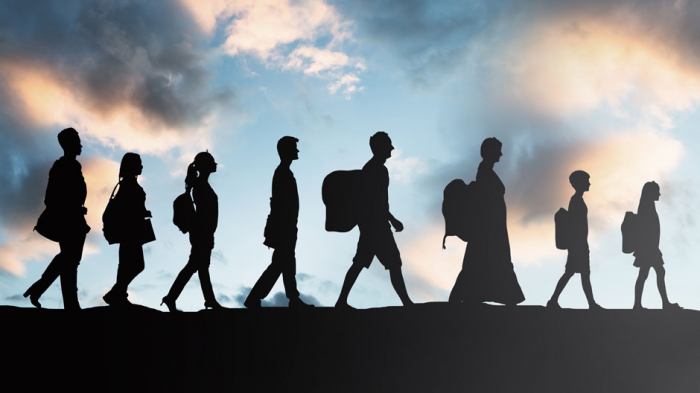 Armenia is on the verge of a new mass emigration of the population. Since the quarantine restrictions are lifted and air travel is resumed, the process will further intensify. In the face of the pandemic, the economic crisis and the political confrontation caused by the war, almost all social indicators in the country have decreased. Rate of poverty and unemployment has increased. This desperation pushes the population, who are capable of leaving the country. Recently, the inevitability of these processes is increasingly being discussed in Armenia.

“In 2021, the last unsustainable migration from the country will begin. Armenians will emigrate from Armenians, ”former Armenian Ambassador to Vatican Mikhael Minasyan wrote on his Facebook page.

Certainly, the assumptions expressed by the former ambassador are not some kind of revelation. Current problems in the country don’t leave its residents with any choice but to leave the country in search of happiness overseas. Moreover, this tradition has deep roots: without  having a stable experience of statehood, Armenian communities have easily changed their locations over the centuries, moving to countries where it is easier to live.

These tendencies were also observed in recent history. Following independence, the country experienced a wave of mass emigration during the 1990s. This tendency significantly increased during periods of global crises. In particular, it was the migration factor that played a key role in the decrease of Armenia’s population from 3.63 million people in 1992 to about 2.9 million people at present. According to various estimates, over the past thirty years about 1.12 million Armenians have left the country - that is, 31% of the total population. Presumably, it is a kind of world anti-record, when about a third of the population of a country prefers to emigrate, rather than improve life in their homeland.

However, the current situation in Armenia is fundamentally different from the situation in previous years. Therefore the predicted wave of population migration will be more voluminous and prolonged. Its consequences will be much more devastating in terms of demographic stability.

Having lost the war, Armenia has no political stability and security guarantees for a long time. The consequences of the country's military-political destruction have been aggravated many times over by the ongoing pandemic crisis and the global recession, which deprived Yerevan of hopes for an inflow of foreign investments, donor assistance from diasporas and the opportunity to increase exports.Consequently, the national currency in Armenia is devaluing, inflation is growing and incomes of the population are decreasing.

These processes are likely to continue in the long term, pushing citizens, mainly young people and skilled professionals from the older generation to leave the country.

The sociological services of Armenia suggest that if the country opens borders and resumes flights, a wave of emigration is inevitable, that may reach 100-150 thousand people during 2021 according to estimates. According to surveys, most potential emigrants plan to choose the Russian direction due to its accessibility, easier socialization and employment opportunities. Priorities are the USA and Canada, the countries of the European Union and other states, where strong Armenian diasporas exist.

Assessing the post-war situation in Armenia, the head of the state Armen Sargsyan said: “Today I hear that thousands of our citizens are thinking about buying a ticket, moving to Russia or getting a visa to the United States. Emigration can reach a crisis level ”.

Armenia understands that the current migration wave poses a threat to national security. As against the background of a long-term demographic crisis, the country has approached the threshold of depopulation.

According to the Ministry of Labor and Social Affairs of Armenia, this threat is very high: this year the birth rate is expected to decline in the country, since the generation of the 2000s should marry, and there are 40% fewer of them than the generation of the 80s. According to surveys, today the overwhelming majority of Armenian families cannot afford more than one child due to economic and social problems.There will be fewer marriages and new families, and the birth rate will also decrease.

Thus, mass migration and demographic decline doom Armenia to a population decline. According to the optimistic forecasts of the UN Population Fund, less than 2.8 million people will live in Armenia in the middle of the 21st century. This rate will probably be even less considering the current tendencies. As for Armenia's neighbors in the region, the UN promises demographic prosperity: the population of Turkey will increase to 98 million, Iran will be home to 103 million, and the number of Azerbaijani citizens will exceed 12 million  by the middle of the century.