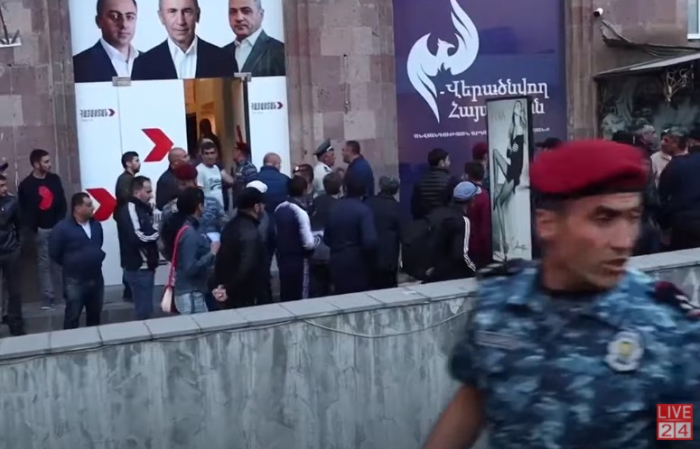 Armenia is engulfed in a political crisis ahead of the snap parliamentary elections scheduled for June 20, 2021.

A few days ago, Pashinyan’s supporters attacked the headquarters of the ‘Hayastan’ bloc, headed by Kocharyan, and threw eggs at the building.