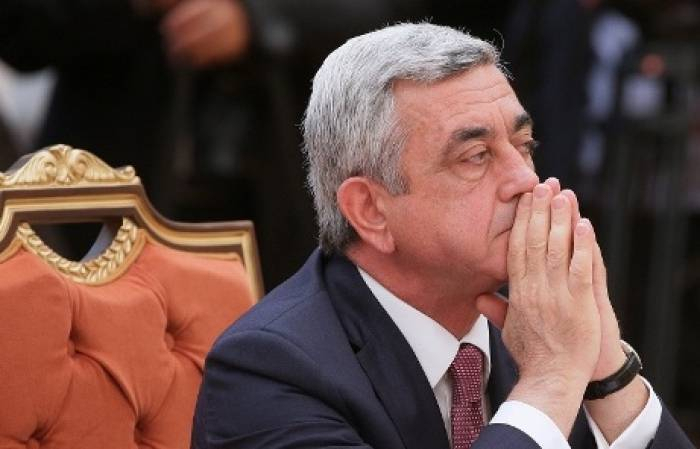 Former President of Armenia Serzh Sargsyan released a recording of what the acting-Prime Minister Nikol Pashinyan talking about the negotiation process for the settlement of the Nagorno-Karabakh conflict, AzVision.az reports citing the Armenian media.

In this recording, a male voice can be heard talking about a meeting with the presidents of Russia, Kazakhstan, and Belarus in Sochi in 2018.

In particular, in a recording of the prime minister, the so-called Lavrov plan and the status of Nagorno-Karabakh are discussed.

According to the Armenian media, the audio recording was recorded during a meeting between Pashinyan and the delegation of the party of Arayik Harutyunyan, who led the separatist regime in the Nagorno-Karabakh region. Pashinyan told them the details of the informal conversation in Sochi. Probably, one of the members of Harutyunyan's party recorded the conversation.