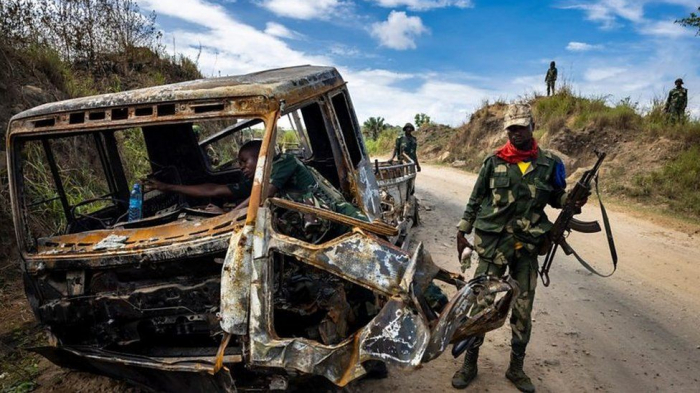 The number of people who have been forced to flee their homes around the world has risen to a record 82 million despite the impact of the pandemic, the UN's refugee agency (UNHCR) says.

The total has doubled in a decade and means more than 1% of the world's population is displaced.

The pandemic had led to a significant reduction in asylum applications and overall migration, the UNHCR said.

But the 11.2 million people displaced last year was still more than in 2019.

Many were forced to flee because of persecution, conflict, violence and human rights violations.

Meanwhile, only 250,000 refugees were able to return to their countries of origin and only 34,000 were able to be resettled in third countries, the UNHCR said in its Global Trends Report.

The UNHCR said it was only a matter of time before the number of displaced people worldwide topped 100 million.

"We need much greater political will to address conflicts and persecution that force people to flee in the first place," said UN High Commissioner for Refugees Filippo Grande.

The UN body said it expected conflicts to intensify in 2021 as coronavirus restrictions are relaxed. It warned that food crises were set to worsen, with protracted conflict, extreme weather and the pandemic exacerbating shortages.

South Sudan, the Central African Republic and Syria were at risk of famine, it said.

Meanwhile, the number of people in extreme poverty worldwide was expected to rise to between 119 million and 124 million as a result of the pandemic.

More than half of the total number of displaced people - about 48 million - are displaced internally, the UNHCR said.