Hungary sends off France with Euro 2020 draw in Budapest 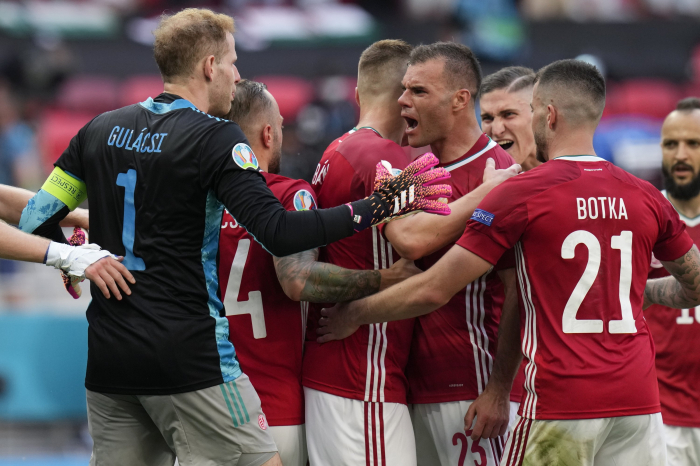 World champion France had to settle with a draw in Saturday's Euro 2020 Group F match against minnows Hungary, which enjoyed the support of its passionate fans at the packed Puskas Arena in Budapest.

The host was dealt an early blow when its skipper and most experienced goal scorer Aadam Szalai was substituted after 26 minutes following a blow to the head. The dazed striker was able to walk off, however, and down the tunnel on his own.

Before 60,000 fans, Attila Fiola had given Hungary a shock lead in first-half stoppage time in Budapest after Les Bleus had dominated in the heat.

But Antoine Griezmann hit back midway through the second half to give the world champion top spot in the group for now pending title holder Portugal facing Joachim Low's Germany later.

A win would have put France into the last 16 with a game to spare, but instead, they were given a wake-up call having looked assured in beating Germany 1-0 in its opener. Hungary now also has a chance of qualifying despite losing 3-0 to the Portuguese first up.