Italy advance to Euro 2020 final after beating Spain on penalties 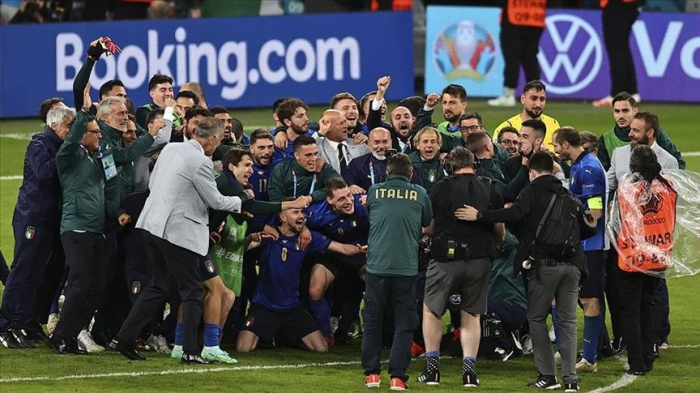 Fans at London’s Wembley Stadium witnessed a tight match in the first half with both sides having just a few attempts on goal.

Spain came close to scoring in the 25th minute, but Dani Olmo's shot from the penalty spot was blocked by Gianluigi Donnarumma.

Italy took a 1-0 lead with Federico Chiesa's brilliant finish after a great counter-attack in the 60th minute.

Spain had a chance to level the score five minutes later, but Mikel Oyarzabal failed to make contact with the header, missing a huge opportunity.

But Spain were more effective during the rest of the match and Alvaro Morata scored the equalizer in the 80th minute with a close-range finish assisted by Olmo as the game went into extra time.

Both sides failed to score during extra time and the match went into penalties.