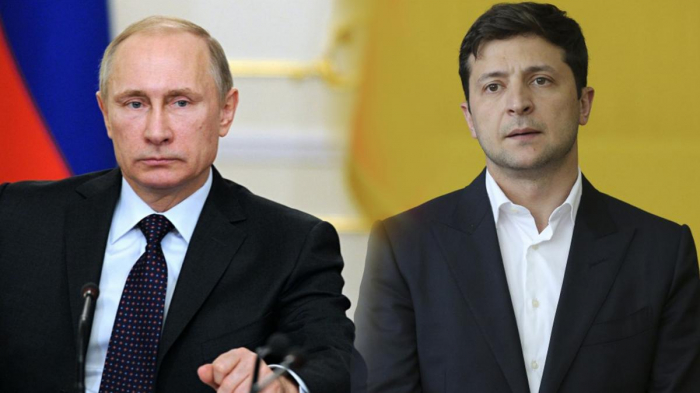 Russian President Vladimir Putin is ready for dialogue with his Ukrainian counterpart Vladimir Zelensky but no preparations are currently underway for a meeting between the two leaders, Kremlin Spokesman Dmitry Peskov told reporters on Tuesday, AzVision.az reported citing TASS.

"President Putin said he was ready to meet with President Zelensky. And he said it on numerous occasions. It had been said before the article [‘On the Historical Unity of Russians and Ukrainians’] was published," Peskov pointed out.

The Russian presidential spokesman noted that Putin’s article "is a profound and very good reason for a discussion" between the two countries’ leaders. "The article makes it possible to understand President Putin’s determination to make Russian-Ukrainian contacts meaningful," Peskov added.

According to the Kremlin spokesman, for a start, the two countries’ presidential offices need to make preparations for such a meeting.