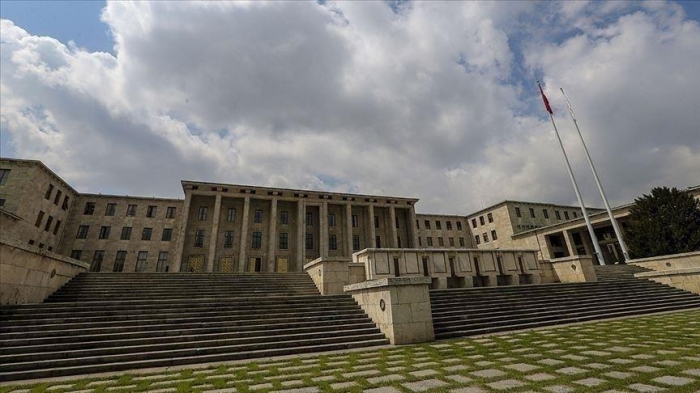 A commemorative ceremony will begin with Parliament Speaker Mustafa Sentop's visit to the July 15 Democracy Martyrdom Monument at noon (0900GMT) in Ankara.

Honoring the thousands of people who took to the streets five years ago against the coup bid, the youth coming from Turkey's 81 provinces will keep a “Democracy Watch" in front of the July 15 Monument at 10.45 p.m. (1945GMT) in parliament.

FETO and its US-based leader Fetullah Gulen orchestrated the defeated coup of July 15, 2016, in which 251 people were killed and 2,734 injured.

Fighter jets under control of coup plotters bombed parliament in the early hours of July 16.

Turkey marks June 15 as Democracy and National Unity Day with events nationwide to commemorate those who lost their lives beating back the putschists and to remember the bravery of the nation.

A number of structures and public spaces were renamed in the immediate aftermath of the coup bid, most notably Istanbul’s Bogazici (Bosphorus) Bridge becoming the July 15 Martyrs’ Bridge.

Ankara also accuses FETO of being behind a long-running campaign to overthrow the state through the infiltration of Turkish institutions, particularly the military, police, and judiciary.​​​​​​​