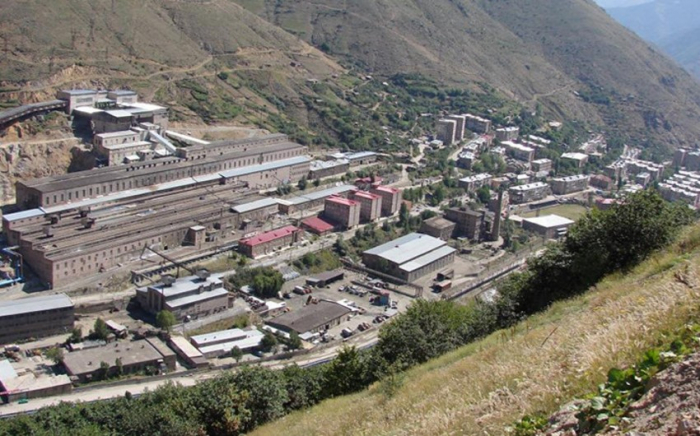 It was reported that two employees of the plant were detained following the investigations.

The Zangezur Copper-Molybdenum Plant poses a serious threat to the environment and human health, polluting the Okhchuchay River on a catastrophic scale.

The length of Okhchuchay, the left tributary of the Araz River, is 83 kilometers, the basin area is 1,175 square kilometers. The river originates on the Gapyjygh mountain (3,285 meters) of the Zangezur ridge.

The river, most of which is located in the Syunik region of Armenia (the historical region of Azerbaijan called Zangezur), flows through the liberated Zangilan district and drains into the Araz River. The main streams of water are formed from snow (46 percent), rain (10 percent) and groundwater (44 percent). The average annual water flow is 10 cubic meters per second, the average annual volume is 315 million cubic meters, 40 percent of the annual flow is formed in spring, 43 percent - in summer, 10 percent - in autumn, and 7 percent - in winter.

Environmentalists have carried out monitoring on the rivers flowing through the territory of the liberated Zangilan district. A large number of heavy metals, in particular copper, molybdenum, iron, zinc, chromium and manganese, were found in water samples taken in the Okhchuchai River from January through June 2021. According to the monitoring reports of the Ministry of Ecology and Natural Resources, the content of the copper-molybdenum compound in the river was twice the norm, iron - 4 times, nickel - 7 times, and due to pollution, the color of the water in the river periodically changed. In March 2021, the mass death of the Golden Trout (Small Trout) was recorded in the river. As a result of the monitoring carried out at different times - in high water and at low water levels - it was found that the content of heavy metals throughout the year was much higher than the norm: