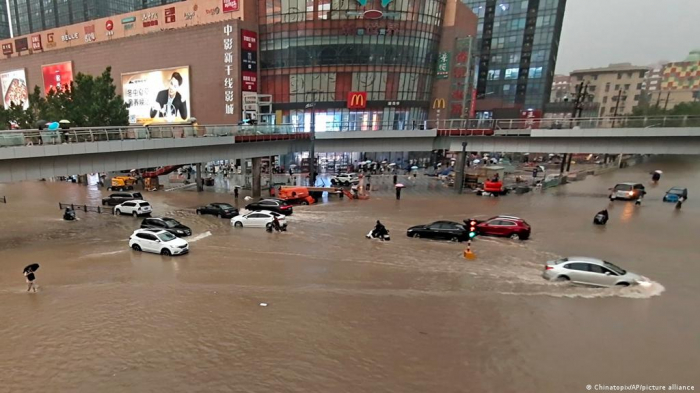 The death toll from flooding in China's central province of Henan rose to 302, with 50 missing as of midday on Monday, local government officials said, AzVision.az reports citing Reuters.

Total fatalities in Zhengzhou, the capital of the province, jumped to 292, with 47 missing, they added.

Henan, a province with a population of around 109 million, was battered by storms in July.