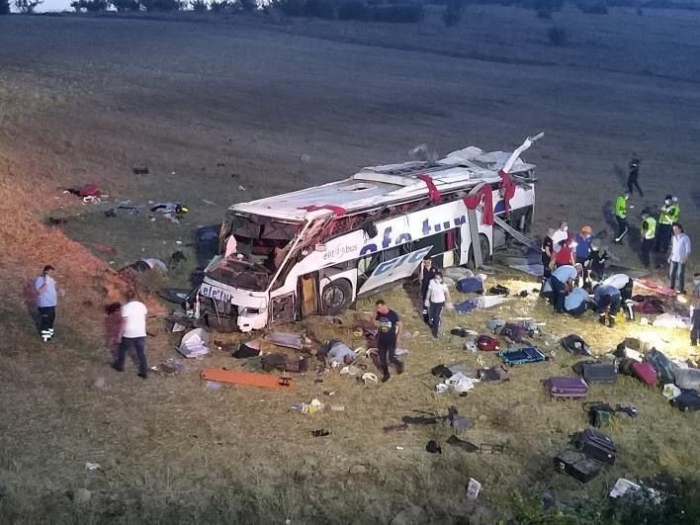 A passenger bus overturned in western Turkey early Sunday, killing at least 14 and wounding 18, according to emergency responders.

The bus went out of control and overturned on the Balikesir Highway while heading to Edremit in the western Balikesir province.

The 18 wounded passengers were rushed to nearby hospitals.

Although rescue and emergency teams were dispatched to the crash site, 11 people died at the scene.

An investigation to determine the cause of the accident is underway.

Another major bus crash also took place in western Turkey recently as six people were killed and 37 more were injured after a bus collided with a truck in Manisa province.

Traffic accidents claim hundreds of lives every year across Turkey.

Across the country, 4,866 people were killed in traffic accidents last year and another 226,266 people suffered injuries, according to figures by the Turkish Statistical Institute (TurkStat). One-third of the accidents stem from drivers exceeding speed limits. The government seeks to reduce the number of accidents with a number of measures.