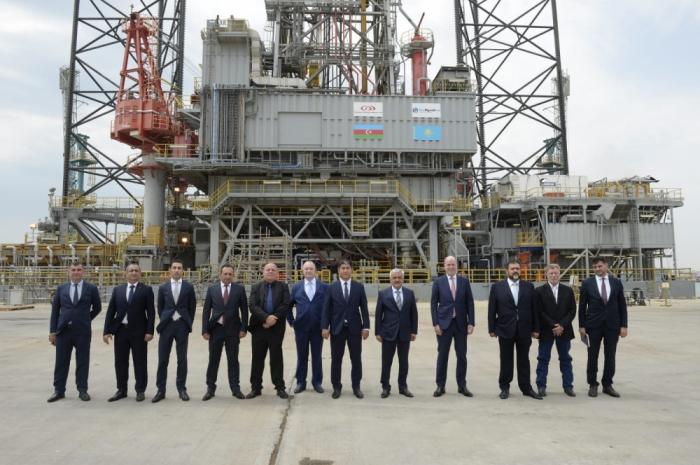 On August 9, at the Caspian Drilling Company Ltd (CDC) Marine and Logistics base, a sail away ceremony was held to celebrate occasion of Kazakhstan’s jack-up drilling rig “Satti” setting sail for drilling operations in Azerbaijani sector of the Caspian Sea.

Modification of “Satti” has been completed under management of CDC in June 2021. As the result of this modification, technical characteristics of the rig has been improved, which in turn increased competitiveness of the rig. Completion of the modification ceremony took place in June in presence of Almasadam Satkaliyev, CEO Samruk-Kazyna and Alik Aidarbayev CEO KazMunayGaz from Kazakhstani side; Rovnag Abdullayev SOCAR President and Gary Jones BP President AGT from Azerbaijani side.

Previously CDC and KMG Drilling & Services LLP signed a joint operation agreement, which provides for the joint utilization of the rig for drilling two exploration wells and one optional well on the BP operated Shallow Water Absheron Peninsula structure. According to the agreement, CDC, which is celebrating its 25th anniversary this year and is one of the world’s leading drilling companies, manages “Satti” jack-up drilling rig.