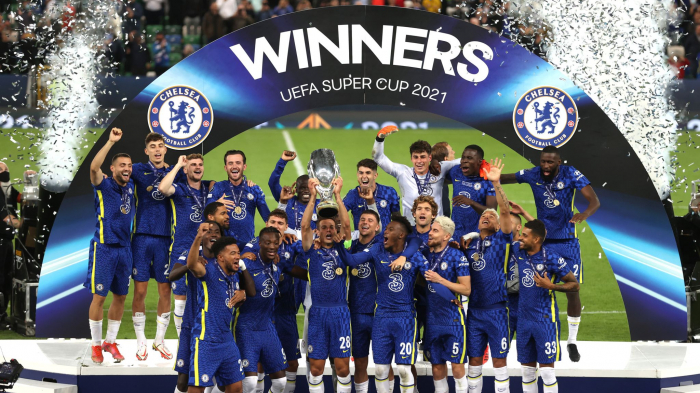 The English club took the lead in the 27th minute at Windsor Park in Belfast.

Called "El Submarino Amarillo" (The Yellow Submarine), Villarreal leveled in the 73rd minute as Gerard Moreno finished in the area after exchanging passes with his teammate Boulaye Dia.

Villarreal pressed to make it 1-1.

Regular time in Belfast ended as a draw.

Neither team could score the winning goal during the 30 minutes of extra time, so the winner was decided on penalties.

Chelsea won the Super Cup for the second time in history.

The Blues previously won this trophy in 1998, beating Real Madrid 1-0 in Monaco.

Then Chelsea captain Azpilicueta lifted the cup in a ceremony as the whole team celebrated their triumph.