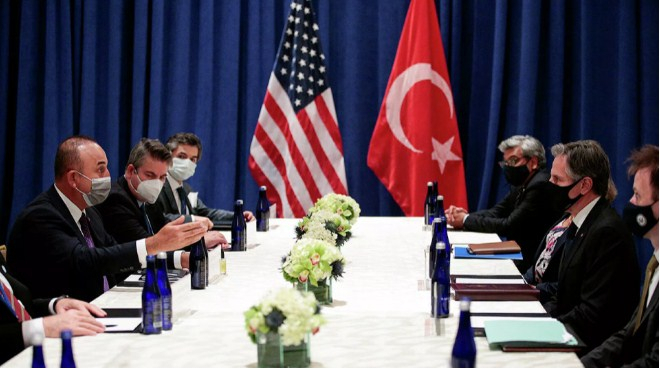 U.S. Secretary of State Anthony Blinken and Turkish Foreign Minister Mevlut Cavusoglu discussed the situation in Karabakh during their meeting on the sidelines of the UN General Assembly, the State Department said, AzVision.az reports.

The meeting lasted for about an hour.

They discussed Afghanistan at length.  They also talked about Syria, and they had a relatively long conversation about the Caucasus – Armenia, Azerbaijan, Karabakh, the State Department added.


More about: Karabakh   US   Turkey