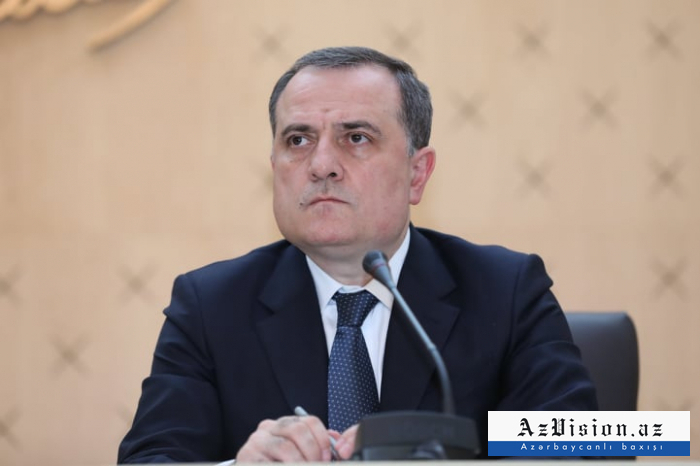 Bayramov noted that there has been no delimitation and demarcation of borders between Azerbaijan and Armenia for 30 years.

"The main reason was the occupation of Azerbaijani territories," he said

The minister stressed that Azerbaijan has restored its territorial integrity.

"The issue of borders should be resolved in a civilized manner, it is necessary to carry out the process of delimitation. Azerbaijan is constructive on this issue, but we see Armenia's unconstructive steps on various pretexts. Armenia must make its choice - either territorial claims to its neighbors or constructive cooperation. Azerbaijan approaches the issue from the point of view of international law. There is no alternative to this approach aimed at stability and development. It is necessary to respect the sovereignty and territorial integrity of states,” Bayramov added.