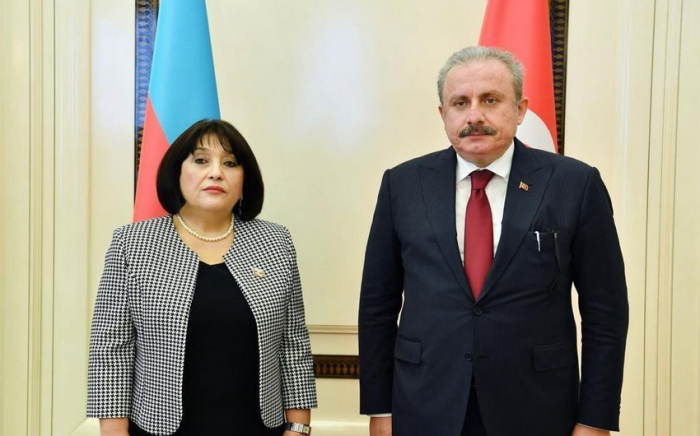 Speaker of the Azerbaijani Parliament Sahiba Gafarova has sent a letter of congratulation to Speaker of the Turkish Grand National Assembly Mustafa Sentop on the occasion of Turkey’s Republic Day, the parliament’s press service told AzVision.az.

On her own behalf and on behalf of all Azerbaijani MPs, Speaker Gafarova congratulated her counterpart Sentop and members of the Turkish deputies, as well as the fraternal Turkish nation on the 98th anniversary of the Republic Day.

The speaker expressed confidence that the Azerbaijani-Turkish brotherhood that has withstood the test of times will continue growing stronger as a pledge of security, peace and stability in the region.