How was Shusha liberated: Unknown details of operation 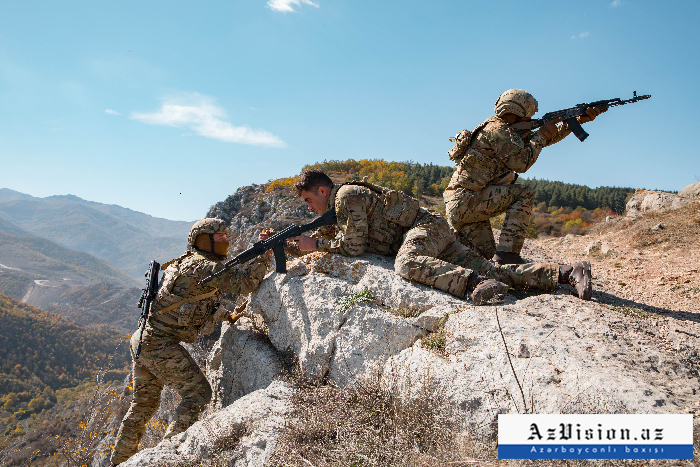 The culmination point of counter-offensive operations launched by the Azerbaijani Armed Forces on September 27, 2020 was the liberation of Shusha. Clearing Fuzuli and Jabrayil from the enemy enabled Azerbaijan to regroup and strike the main blow in the direction of Hadrut-Shusha.

Armenia expected Azerbaijan’s next attack from the Kirmizi Bazar settlement of Khojavend region to Shusha direction. Therefore, it gathered its forces to the main road passing through this settlement. We must state that Armenian forces defending this area did not retreat despite the heavy losses. In this case, President Commander-in-Chief of the Armed Forces of Azerbaijan Ilham Aliyev made another non-standard decision. 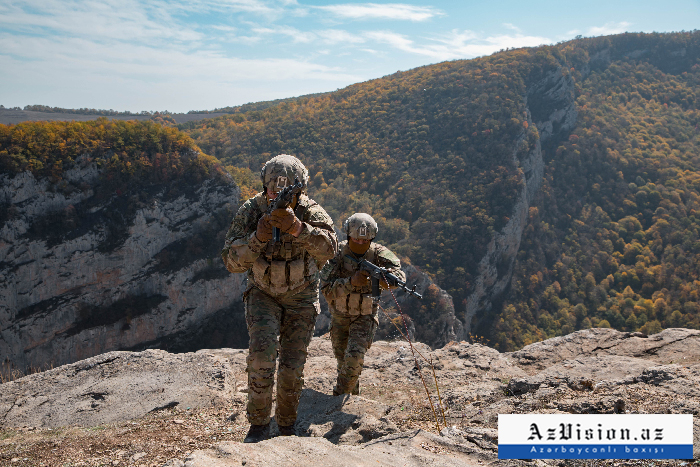 In accordance with that decision, the enemy had to defend himself in a wider geographical area. Following the liberation of Hadrut, Azerbaijani troops started to continue attacks mostly in regions. As a result, Zangilan and Gubadli were liberated from occupation, and there were conditions to attack in the directions of Lachin and Sighnag-Shusha. In order to break Armenia’s defense in the forest and harsh mountainous terrain, our artillery troops used the "chess" method of firing and provided the advancement of motorized shooting troops. 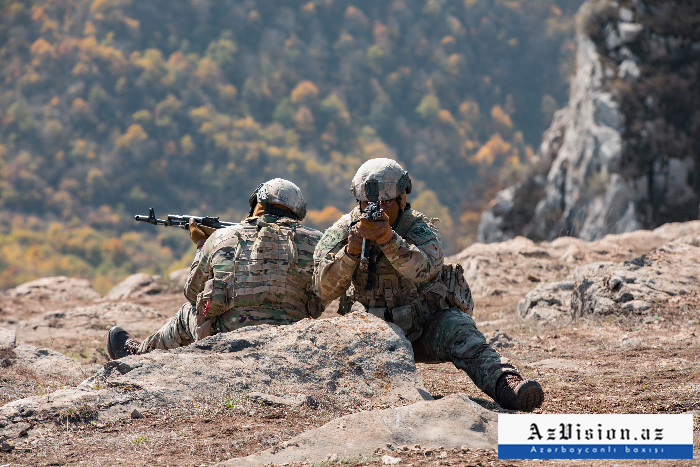 On November 2, there was information about clashes near Shusha. Units of the Azerbaijani Army, as well as units of special forces launched the attack on Shusha through the territory of the Topkhana forest, where there was no road infrastructure. Armenia's use of banned white phosphorus shells near Shusha aimed to burn and poison Azerbaijani forces in the forest.

After October 20, Azerbaijani Army was preparing to close the last highway and break Armenia’s connection to the separatist regime in Karabakh. Indeed closing this road was the main factor in determining the fate of the war. In order to eliminate the threats of closing the Lachin corridor, the enemy made attempts to attack in forests and mountainous lands. There were ambushes along the main supply routes of the Azerbaijani troops.

At that time,  Commander-in-Chief of the Armed Forces of Azerbaijan Ilham Aliyev made another surprising decision. In order not to hold back the attack of other units on Shusha and not to tire the army in such condition without any road, a new road was built from Boyuk Taglar village to Shusha through dense Topkhana forests.With the help of engineering technology, a 42-kilometer road was opened to Chanakhchi and Sighnakh villages of Khojaly in 3 days. Afterwards, artillery units were deployed around Canakhchi. 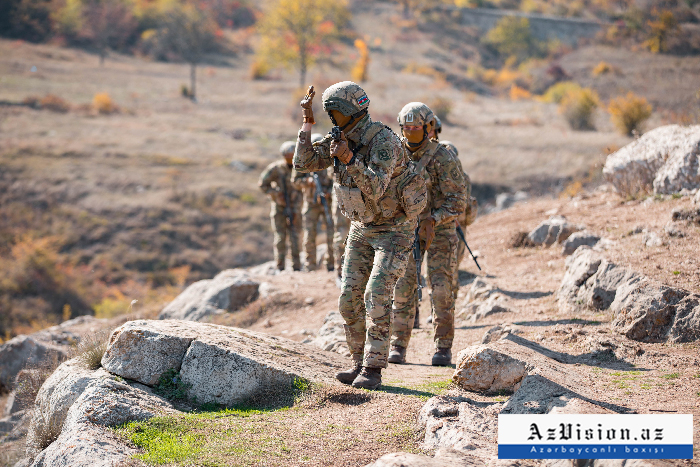 During the last days of October, after 28 years and 3 weeks, our Army liberated the Lachin corridor. Increasing our military pressure around Shusha, up to 400 personnel of the Special Forces of Azerbaijan could secretly cross the Shusha-Lachin road to the opposite side of Shusha. During 5 days, units of special forces advanced passing through dense forests and ravines. Being divided into smaller groups, units of the Special Forces of Azerbaijan entered Shusha, and destroyed artillery and armored vehicles with an occupying contingent of 3,000 people (2,000 according to Armenian sources).

Successful and unexpected attack launched by special forces of Azerbaijan resulted in the liberation of Shusha on November 8. For the first time in military history, the fortress city, located on steep cliffs and protected by heavy artillery and tanks was liberated with individual weapons. 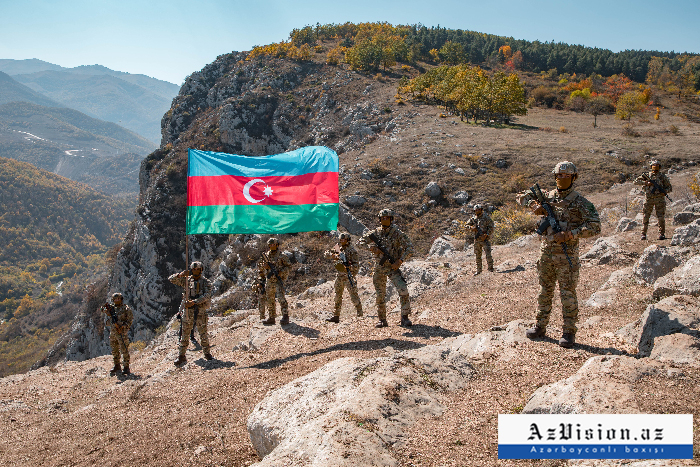 Understanding that no one can stop Azerbaijan from liberating Shusha, Armenian officials and generals left Shusha until November 5. Azerbaijani special forces were in Shusha on November 7. Firing from Iskander-M missile by Armenia on Shusha at 09.00 on the same day proves it. The city was completely liberated on November 8. Because of the foggy weather, our air forces could not conduct reconnaissance. It was impossible to provide air defense and air support. In order not to give advance notice to the enemy, special forces neutralized enemy forces by hand- to- hand fighting.

After the liberation of Shusha, Azerbaijani Army liberated 71 villages from the occupation on November 9. The next day, the joint statement was signed.  During those days, thousands of Armenian servicemen changed their uniforms and left Karabakh together with those people leaving Shusha and Khankendi.

A 3-kilometer traffic jam emerged on the Shusha-Khankendi road. However, the Azerbaijani side did not prevent the Armenians, who did their best to hurt us, including genocide, during the 32-year occupation. The Armenian servicemen among those people were a legitimate target for our Army, but we once again showed our humanism. Thanking Azerbaijan for this has not come to mind of any Armenian. 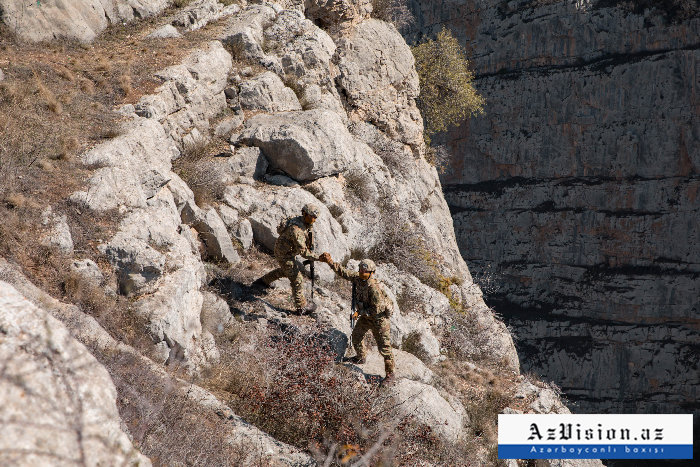 On December 3, 2020, President Ilham Aliyev signed a decree "On the establishment of Victory Day in the Republic of Azerbaijan." Under the relevant Order November 8 will be celebrated as Victory Day every year. It was the greatest and unique historical Victory of our State, Army and People in recent centuries. This victory opened our path to the Great Future ...