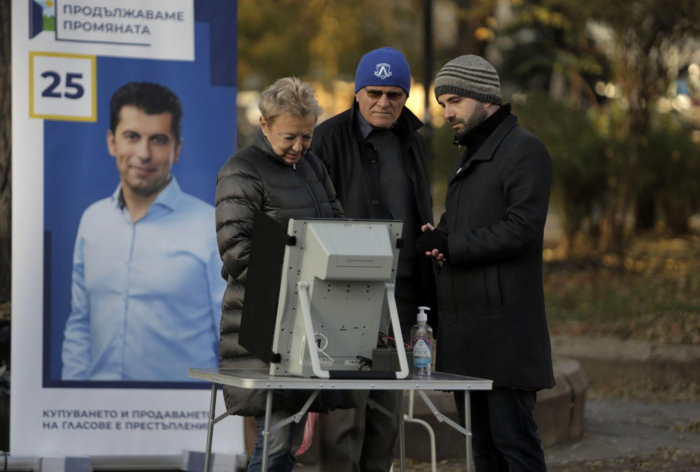 Bulgarians vote on Sunday in their third parliamentary election this year, with opinion polls pointing to another inconclusive result that could hamper efforts to tackle high energy prices, a jump in COVID-19 cases and widespread corruption.

Another failure to break a prolonged political impasse and forge a functioning cabinet in the European Union's poorest member state could also potentially slow plans for the country to adopt the euro by 2024.

An election for the largely ceremonial post of president will also be held on Sunday. Polls show incumbent Rumen Radev, 58, is poised to win re-election for a second five-year term after a likely run-off vote on Nov. 21.

Bulgaria has been gripped by political uncertainty since April, when an election ended the decade-long rule of former Prime Minister Boyko Borissov and his centre-right GERB party following massive anti-graft protests against him last year.

Policy differences and rivalry prevented his opponents, the so-called parties of change, from forging a ruling coalition after the April election and another ballot in July.

GERB has seized on the deadlock, rising energy costs and a rise in COVID-19 cases and deaths in the EU's least vaccinated country - helping it bolster support among party loyalists.

The latest polls give the party backing of 24%, putting it on track to be the biggest in parliament.

But Borissov, 62, a burly former bodyguard of late Communist dictator Todor Zhivkov, is unlikely to find allies to forge a coalition, analysts say.

A new centrist party pledging "zero corruption", set up by two Harvard-educated former interim ministers, is seen as having the biggest chance of steering talks for a new administration with two other anti-graft factions and the Socialists.

Called "We Continue the Change", the new party appears tied with the Socialists for second position, both with support of about 15-16%.

"For the time being, a government around the so-called parties of change, and the Socialists, looks more likely," said analyst Dobromir Zhivkov at the Market Links pollster.

Ivailo Mihailov, a 52-year-old engineer, said he hoped Sunday's election would yield a ruling coalition to address high-level graft in the country - ranked the most corrupt EU member state by Transparency International.

"The judicial system is the biggest problem or rather the lack of justice," he said. "Until we have a politician and leading businessman actually sentenced, nothing good will happen."

Thousands of Bulgarians joined street protests in mid-2020, accusing Borissov of cosying up with the chief prosecutor to benefit local oligarchs and businesses close to his GERB party.